The Wardrobe's first function in the new series focuses on formerly incarcerated people and is set to take place on Friday, March 4 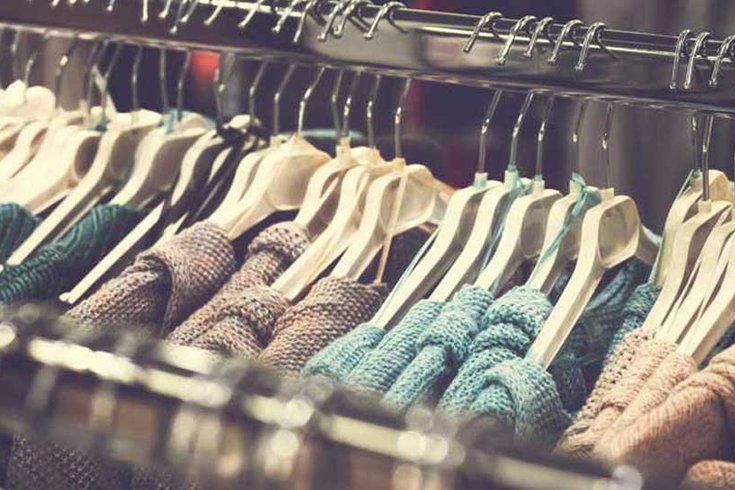 The Wardrobe, a non-profit focused on providing clothing to those in need, is starting a new monthly event series focused on different vulnerable populations in Philly. The first event focused on formerly incarcerated Philadelphians will happen on Friday, March 4.

A non-profit focused on providing clothes to Philadelphians in need is starting a new monthly event series which will prioritize different vulnerable populations in the city.

The Wardrobe's mission is the elimination of clothing insecurity by supplying outfits for life or work, which it has been fulfilling since 1995.

Program Director Al Sharrock said that when the Wardrobe first began, it was focused exclusively on providing clothing to women re-entering the workforce. However, it quickly became clear that there were other demographics in the city in need of assistance.

The organization gradually expanded in response to the demand, even undergoing a few name changes along the way.

"We now supply clothing to people of all genders for whatever purpose," Sharrock said.

The new monthly series, titled "Open Wardrobe," is meant to connect marginalized groups with other important resources outside of the fashion world.

The first event will cater to formerly incarcerated individuals, and any city resident who recently got out of a local, state or federal prison – including juvenile detention centers – is eligible to participate.

These people commonly have trouble re-entering the workforce and society at large, in part because they often don't have the clothing they need to impress a potential employer or simply fit in on the street.

The Wardrobe says it aims to help 1,000 of these "justice-involved people" this year.

From 11 a.m. to 3 p.m. on Friday, March 4, there will be free clothing – both casual and work attire – and no-cost haircuts at the non-profit's store at 413 N 4th St. There will also be an opportunity to get style tips, along with a chance to explore employment options.

The event will be kicked off at 10 a.m. with a welcome ceremony, including remarks from Pennsylvania Rep. Jordan Harris. Harris worked with the state's Department of Human Services to obtain the funding that made the event possible.

​​“The Wardrobe does tremendous work helping reduce recidivism and removing barriers to re-entry,” he said. “We must continue to fight clothing insecurity, help foster independence and increase self-esteem."

Participants aren't required to make an appointment, but they are encouraged to register for the event ahead of time online or by calling (215) 568-6693 x10.

The event won't just be focused on clothing. There will also be Narcan and overdose prevention training available from noon to 1 p.m., as well as a clinic where former convicts can learn about how to get their records expunged from 2 to 3 p.m.

The series will continue on March 24, with an event focused on women. On April 28, the Wardrobe will hold an event for Philly's youth, which will focus in part on getting them ready for prom.

Sharrock said that details for other events, including ones centered around domestic violence victims and the LGBTQ community, will be released in the coming months.

People in need of clothing can make an appointment at both of the Wardrobe's locations – including the one in Philly and the other at 62 W Marshall Rd. in Lansdowne.

The organization isn't only for people who can't afford to buy clothes, both stores also operate second-hand shops where anyone is welcome. Clothing donations are also accepted at both locations