Despite threats, activist sends 'The Interview' DVDs to North Korea

By Reuters
The interview North Korea 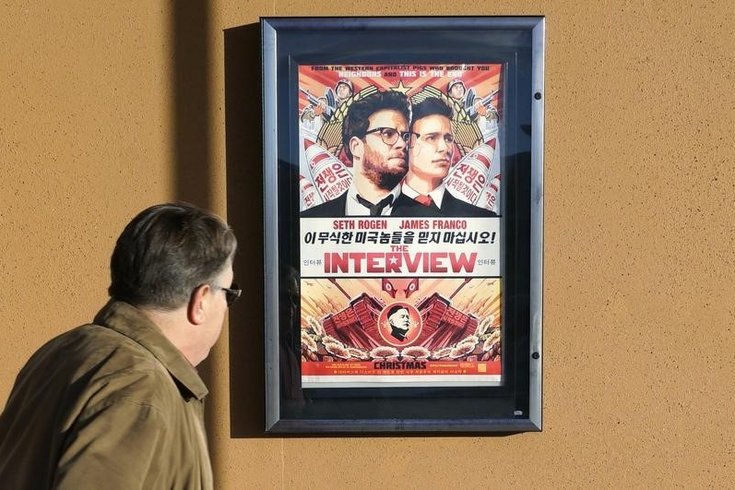 A man walks by the poster for the film "The Interview" outside the Alamo Drafthouse theater in Littleton, Colorado December 23, 2014.

A North Korean defector living in South Korea said on Wednesday he has launched balloons carrying thousands of copies of the film "The Interview" to North Korea, despite protests from the isolated country and emailed death threats.

North Korea has denounced the Hollywood comedy featuring a fictional plot to assassinate the country's leader Kim Jong Un as an act of war and threatened retaliation if the film was released.

Lee Min-bok, a defector who left the North 20 years ago, said he had sent DVD copies of the film, dollar notes and anti-North leaflets in satchels tied to helium-filled balloons on four occasions, most recently on Saturday.

The launch of leaflets infuriates Pyongyang and has in recent months threatened to scuttle negotiations between the two Koreas. South Korean authorities have urged activists to refrain from launching leaflets on safety grounds, but say they have no legal grounds to stop them.

Lee said he received an email traced to an address in Shenyang, China, which warned his head would be "shattered by the iron club of justice," and his arms "torn to pieces by the dagger of judgment" if he carried out the launches.

"I will keep sending balloons no matter what," Lee told Reuters. The email was being investigated by South Korean authorities, he said.

Computer networks at Sony Pictures, which published the film, were crippled late last year in an attack by hackers who leaked unreleased films, employee data and internal emails.

The United States has said the attack was carried out by North Korea - an allegation Pyongyang denies.