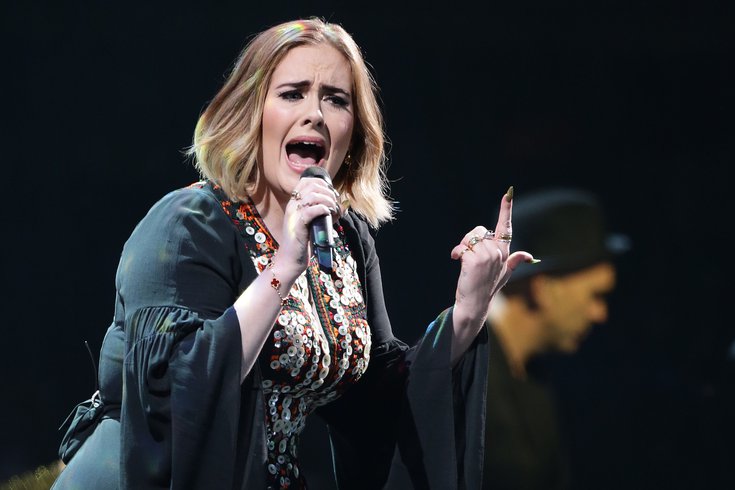 Grammy Award-winning singer and songwriter Adele postponed her much-anticipated Las Vegas residency, citing crew issues related to COVID-19 and preparing for the show. Adele may also be having relationship issues with partner Rich Paul, the Klutch Sports Founder and LeBron James associate who serves as the agent of Philadelphia 76ers star Ben Simmons.

Adele has had a rough couple of weeks leading up to what was supposed to be the start of her "Weekends With Adele" residency at Caesars Palace in Las Vegas, which was scheduled to start last Friday and run through mid-April.

In an emotional video shared on Twitter last week, the English singer and songwriter said the residency would need to be postponed due to delivery delays and COVID-19, which she said had sidelined half of her crew.

All dates will be rescheduled
More info coming soon
💔 pic.twitter.com/k0A4lXhW5l

"I'm gutted. I'm gutted and I'm sorry it's so last-minute," Adele said through tears, assuring fans that all dates will be rescheduled.

This is unfortunate for Adele fans, who have long-anticipated the concert and booked expensive trips to Vegas to see her perform.

Adele has been a bit of a peripheral figure in the never-ending saga of the Philadelphia 76ers' standoff with disgruntled All-Star Ben Simmons, whose agent is Klutch Sports Group founder Rich Paul. Adele and Paul have been dating for the past six months.

Many Sixers fans see Paul as the pernicious influence who has advised Simmons to avoid reconciliation with Philadelphia, possibly to his own detriment both financially and as an NBA player. Simmons, who has not played a single game this season despite being fined by the Sixers, has demanded a trade that Philadelphia has not yet been able to find to its liking, due in part to Simmons' trade value diminishing in his absence.

If Paul had strongly advised Simmons to suit up for the Sixers in order to help expedite the desired trade — or, you know, just to honor the multimillion dollar contract he signed — then Paul and Simmons wouldn't be so widely reviled by Sixers fans. Instead, he's cost his client money, harmed Simmons' reputation, enabled his self-destruction and navigated the salacious NBA media in such a way as to feebly try to make the Sixers look like the party primarily at fault for this situation, which is delusional.

The fact that a person like Adele is with Rich Paul is one of those things you sort of just wish were not the case.

According to Page Six, their relationship may not be in the best of shape at the moment.

Las Vegas-based journalist Scott Roeben, a Casino.com writer who broke the news of Adele's residency, told PageSix that insiders are concerned Adele may end up canceling the concerts.

“There are rumblings that there are stresses related to Adele’s relationship," Roeben said. "I’m told that these stresses caused her to be in a place where she was just not confident moving forward. You can’t focus if you’re not where you need to be in your head.”

It's one thing to sideline Simmons and piss off Sixers fans, a long-suffering bunch who are easy to rattle. It's another thing to upset the fandom of one of the world's biggest pop-stars. Just look at what Gorillaz' Damon Albarn is facing after making uncalled for remarks about Taylor Swift.

Adele reportedly has been on the phone with Paul constantly, "shouting and sobbing" during rehearsals.

“Adele’s been crying and couldn’t get through a single full rehearsal for the past month,” a Caesars Palace source told the gossip site. “Just constantly on the phone with Rich … loudly shouting and sobbing."

Adele reportedly flew to Paul's Beverly Hills mansion after posting the video about the Vegas residency. The two met after the singer's divorce from Simon Konecki, the father of Adele's 9-year-old son, and Adele has spoken positively about the relationship in interviews with Rolling Stone and Oprah.

Roeben told Page Six that other factors also played into the residency's postponement, such as an ambitious last-minute plan to install a new sound system at Caesars and possible feuds with her set designer.

The only good Adele news to surface this week was her promise that she'll hook up that devoted TikTok girl from Baltimore who went viral for her video recounting all the ways in which she's missed Adele concerts due to cancelations, scam tickets and other problems.

It's impossible to take a thinly-sourced gossip article completely at face value in regards to the status of Adele's relationship with Rich Paul. She seems reasonably upset about what's happening in her life, and any partner in any relationship knows they'll damned sure be feeling the turbulence in one way or another. That doesn't mean a relationship is doomed.

But as a depraved Sixers fan who's mad as hell about Simmons and won't take it anymore? This is the kind of schadenfreude you have to enjoy a little bit at Paul's expense.