African American Trump supporter: We are sick of condescension, racism 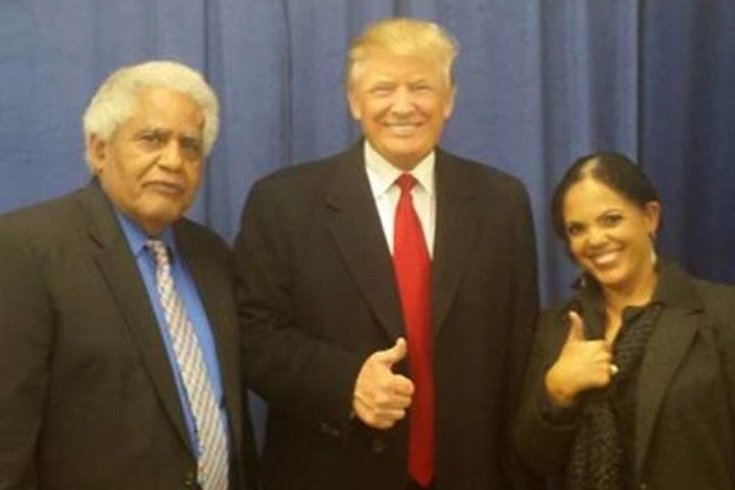 While the world still awaits word about whether Republican presidential candidate Donald Trump will accept T. Milton Street Sr.’s cordial invitation to host a rally in Philly – specifically, in the area where Kensington and Allegheny avenues meet – he and his daughter Renee Toppin continue to stump in his absence.

Under the banner of the group “Black Women Who Want More,” Street shared with PhillyVoice a letter Toppin wrote in response to New York Times columnist David Brooks’s harsh critcisms of the candidate in a March 18 piece headlined “No, Not Trump, Not Ever.”

What follows is the verbatim text of that correspondence:

This letter is in response to your article … “No, Not Trump, Not Ever.” In this article, you chastise Trump supporters along with the majority of voters, as being “unwise.” You then proceed in a patronizing tone generally used by establishment politicians when addressing “the regular people” to suggest we are neither wise nor capable of selecting a President who would best represent our interest. In the true fashion of an elitist you talk down to us in the manner of a parent correcting children who want something that you have deemed is “not good for them.”

Mr. Brooks, you stated that Donald Trump is an affront to basic honesty, virtue and citizenship. I have heard people use similar verbiage to describe Hillary Clinton. Trump supporters have been demonized in this election. We have been called racist, hate mongers and uneducated among other things. As as African American Trump supporter, I am called a “house n-----, c--n and worse. The media is vilifying us and our candidate of choice. I don’t know if you’ve noticed or not, Mr. Brooks, but WE ARE NOT LISTENING. We are not listening in Florida. We are not listening in Michigan. We are not as you refer to Mr. Trump, 12 year old’s who don’t know what is best for us. We are sick of the establishment hiding their RACISM and their LIES behind “political civility” and the “polite rules of engagement.”

We KNOW what racism looks like Mr. Brooks. Racism is obstructionism. Racism is the polices that keep poor people poor. Racism is economic. Racism is hidden in the back office Wall Street Deals brokered by the likes of a Hillary Clinton. Racism is how the Republican Party has treated Barack Obama for the last 8 years. Do not talk to us about bullies, racists and liars. We are very familiar with you all. We do NOT fear Donald Trump’s words. What we fear is 8 more years of establishment smoke and mirrors. Republican establishment. Democratic establishment. Same lies, different animals. Different colors.

I am a Black Woman Who Wants More. I am a single mother. I am sick of the Democrats who promise us more of the least and the establishment Republicans who don’t even care to acknowledge our existence.

Mr. Trump represents change. We want the machine unplugged and we do NOT care who unplugs it.

I love how you quote the Bible. How egregious is your hypocritical opportunistic self-righteous. When did establishment politicians sprout wings, grow halos and begin to represent all that is decent and pure? NEVER. We are not buying it. You can quote Psalms all day long, but I guarantee you this, 2 Corinthians, 3 Johns, and a job later … Donald Trump will be the nominee and the President of the United States.