Jacob Schmoyer detonated the explosion using homemade explosives, authorites say; He died along with his 2-year-old son and an acquaintance 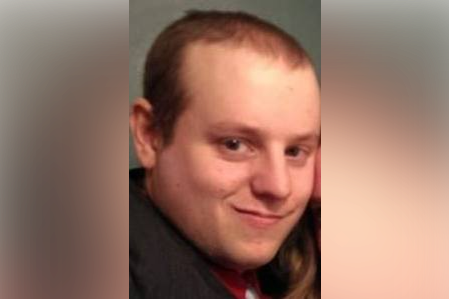 Jacob Schmoyer killed his two-year-old son and friend in an intentional car explosion.

In a chilling twist to the Allentown car explosion that killed Jacob Schmoyer, his 2-year-old son and the man's friend last week, officials now believe Schmoyer used homemade explosives to intentionally blow up the vehicle in a murder-suicide.

At a press conference Thursday morning officials with the U.S. Bureau of Alcohol, Tobacco and Firearms revealed four letters had been sent by Schmoyer to his family and Allentown police that included descriptions of an explosive device he intended to use to kill himself, his son and 66-year-old David Hallman.

The car exploded around 9:30 p.m. on Saturday, Sept. 29, on the 700 block of Turner Street. Authorities learned earlier this week from video footage that Hallman had entered the car only seconds before it exploded. All three passengers died of traumatic injuries.

“The crux of the letters, he was very unhappy with his life, described himself in some negative terms, admitted to a number of other criminal acts, from petty thefts to burglaries,” said Don Robinson, a special agent with ATF at the conference. “He indicated a desire not to stick around and unfortunately ... his intent to take Mr. Hallman and his son with him."

Officials did not provide any other details behind Schmoyer's motives or details about the explosives.

The incident made national news last week as it began as a police investigation into the unknown cause of the explosion.

Videos online showed the car completely engulfed in flames. The explosion was so enormous it displaced residents on the block. Turner Street reopened on Thursday.

Authorities released photos of Schmoyer's car on Thursday, which was pieced back together as part of the investigation.