King of Prussia Mall won't be biggest in country (eventually) 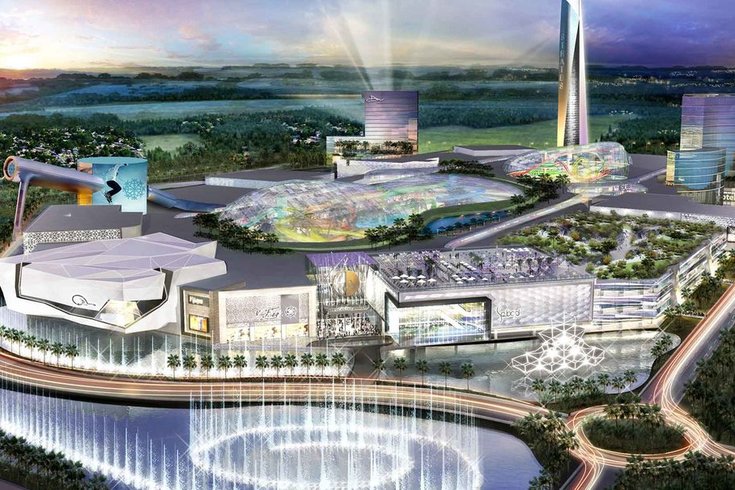 King of Prussia Mall in Montgomery County will lose its crown of being the biggest mall in the United States sometime in the future.

It's going to be a doozy of a mall. Per Curbed:

So, to recap, you'll be able to stay overnight, go skiing and fish — fish! — at the Florida mall once it's completed.

It'll also be 6 million square feet, making it twice the size of KOP Mall, which currently holds the title of largest mall in America at 2.9 million square feet. (Yes, the local shopping mecca is bigger than Minnesota's Mall of America in square footage.)

Of course, that title will be surpassed only when the Miami mall is completed, and it's not clear when that'll be. According to the Miami Herald, the development still has a number of hurdles to clear before construction can begin.

And, as NJ.com noted, the project is being developed by Triple Five, the company that took over the other American Dream mega-mall that is being constructed in New Jersey just outside Manhattan.

Triple Five took over the project in 2010, a whopping seven years after the project was officially proposed in 2003, meaning it's been 15 years and still no American Dream in the Garden State. Triple Five says it'll open the Jersey mall in the spring of 2019.

In other words, the Miami mall's completion could still be a long way off. If the New Jersey mall does actually open this coming spring, it might challenge KOP's distinction as the largest mall, as NJ.com reports it'll be about 3 million square feet.

KOP is undergoing an interior renovation expected to be completed by summer 2019, with new lighting, flooring, seating and bathrooms. No word of a fishing hole, however.