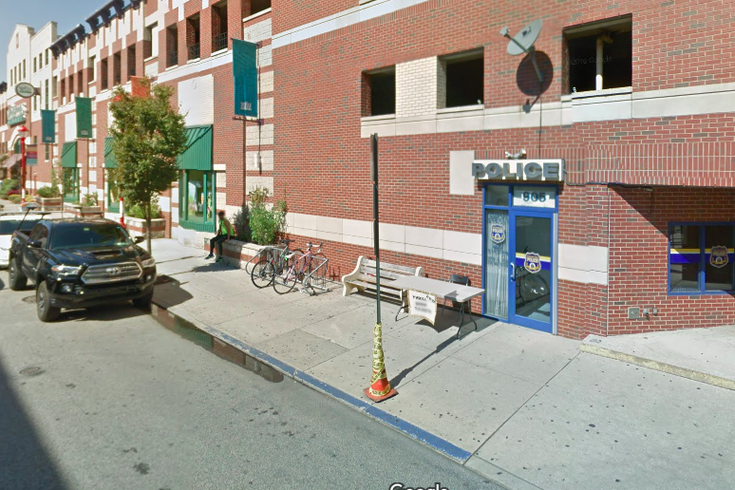 A group of 10 to 12 people apparently left anti-police and anti-government pamphlets strewn outside a Philadelphia police mini-station when they vandalized the building and police vehicles Thursday night, according to multiple reports.

Police Capt. Sekou Kinebrew told CBS3 that the vandals wore black clothing, black masks and gloves when they left smashed the windshields of a police cruiser and a police van shortly after 11 p.m. They also chucked bottles filled with red paint at the building on the 900 block of South Street, splattering its walls with the paint, he said.

A "firework-style smoke grenade" was set off in front of the station, causing a blue stain on the sidewalk, Philly.com reported. The news organization also reported that a Philadelphia police officer had shared photos of the damage in a public Facebook post that has since been made private.

The vandals discarded the clothes and masks as they ran west to Warnock Street, according to CBS3.

No injuries or arrests have been reported.

Mayor Jim Kenney released a joint statement on the matter with City Council on Saturday.

“City Council and the Kenney administration condemn in the strongest form violence and destruction of property," it read. "What happened to the Police Mini Station in South Philadelphia was illegal and the offenders, when found, will be prosecuted.”