Anthony Riley, Philly busker and 'The Voice' contestant, dies at 28 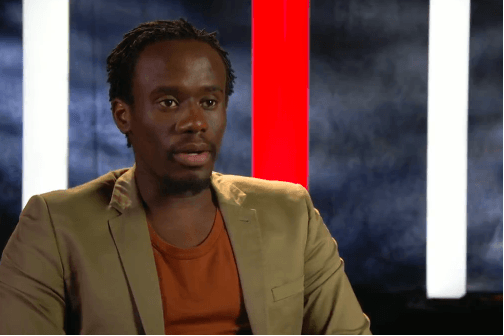 Anthony Riley, 28, was a dynamic street performer who could frequently be found crooning around Center City.

Beloved Philadelphia street performer Anthony Riley, previously a star contestant on NBC's 'The Voice,' passed away at the age of 28 on Tuesday, according to close friends of the singer who found his body in the basement of a Center City apartment on Friday.

A report from Philly.com that Riley's death was a suicide was later corroborated by close friend Robert Parsons, also a busker in Philadelphia, according to Yahoo Music.

Back in January, citing "personal reasons," Riley abruptly left Season 8 of the 'The Voice' and entered into a Hanover, Pennsylvania, rehab facility. He was reportedly working on an album in the wake of his departure from the show and had been coached by artist and producer Pharrell Williams.

Representatives for 'The Voice' have not commented on Riley's death, but fellow Philadelphia busker Roberto Man spoke to Yahoo Music's Reality Rocks and confirmed the tragic news, which first broke Friday night on fan site Ricky.org.

In March, Riley spoke exclusively with Philly.com to discuss his ongoing addiction problems. He suggested that 'The Voice' wasn't working for him and that the grueling schedule of 16-hour days had become a responsibility too stressful to manage.

Since the announcement of Riley's death, friends, fans and supporters have taken to social media to express their grief over the loss of a talented and promising young musician.

Omg! My heart just dropped #AnthonyRiley passed away. A fellow contestant on the voice - we all… https://t.co/Cfpo8m0aMm

Can't believe it.. Rest in peace, Anthony Riley. You were an amazing vocalist and performer. #VoiceFam

Funeral arrangements have not yet been made, but Riley's sister told Philly.com that a memorial will be open to the public.