Development to include 550 apartments, 30,000 square feet of retail space 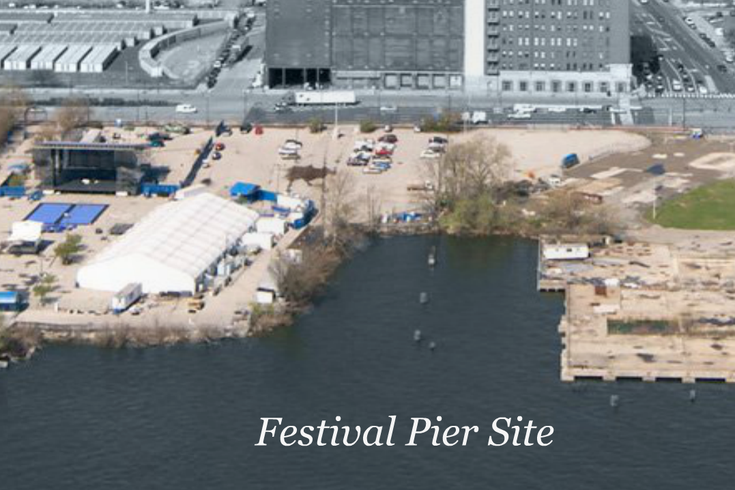 The site of a former incinerator and car impoundment lot at the intersection of Spring Garden Street and Columbus Boulevard will be converted into an apartment tower and several acres of public space, the Delaware River Waterfront Corporation announced Friday after a quarterly board meeting.

The DRWC confirmed it will partner with Jefferson Apartment Group and Haverford Properties to develop a four-to-five story apartment tower with 550 rental units, 30,000 square feet of retail and several acres of surrounding public space. Final approval of the design will be made once the public has seen and weighed in on the 9.5-acre site plan.

"This is going to be a waterfront success story, and a microcosm of what we intended in the master plan: taking a post-industrial brownfield and turning it into a dynamic new community with high-quality public space that is accessible, connected, and integrated into a well-designed, mixed-use development," said Deputy Mayor for Economic Development, Alan Greenberger, who serves on DRWC's executive and planning committees.

The development will be designed by local architect Cecil Baker – whose firm is behind dozens of Philadelphia's government and institutional sites – and landscape architecture firm Olin. Approximately half of the development area will be dedicated to public space.

“It’s a great sign for Philadelphia, and indicative of how far the Central Delaware waterfront has come, to attract this level of response from quality developers up and down the East Coast," said William Hankowsky, chair of DRWC's real estate committee. "Jefferson and Haverford offered everything we were looking for in meeting the requirements of the master plan: a project appropriate for this market, buildable in one phase, feasible within the constraints of the site, with a proven capacity to execute and finance their developments.”

Once complete, the development will offer another entry hub to the rapidly growing Northern Liberties and Fishtown neighborhoods with convenient access to public transportation on SEPTA's Market-Frankford line.

The existing concert venue at Festival Pier, operated by Live Nation, will remain open through 2016 until the DRWC helps identify an alternate location.

Following best practices in sustainable development, the site design will be coordinated with a future on-road trail along Columbus Boulevard and a will include a "robust public art program," the DRWC release states.

"The fact that the site is surrounded by water on three sides and offers unmatched views of the Delaware River make this a prime opportunity to design and build a landmark project worthy of this unique location and worthy of the surrounding communities," said representatives of Jefferson Apartment Group and Haverford Properties.