The Oriental Avenue property has been in Charles Birnbaum's family since 1969, but CRDA wanted to demolish it 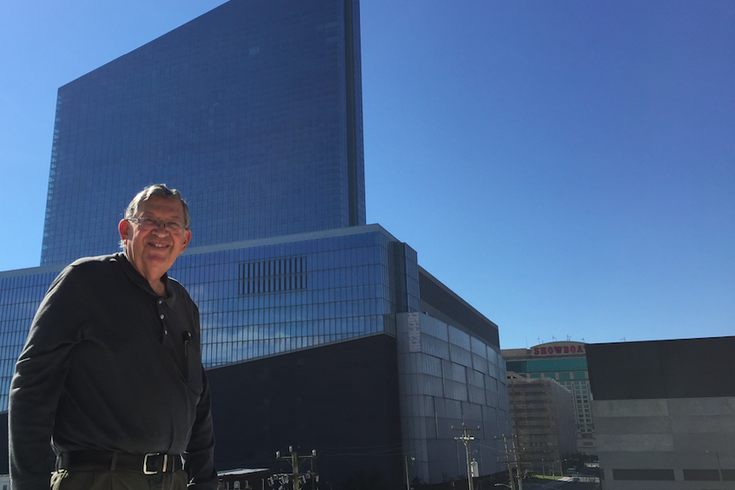 Charles Birnbaum stands on the roof of the home that his parents purchased in Atlantic City in 1969. For the past six years, he's waged a legal battle against CRDA, which wants to demolish the three-story property to clear way for a development project for which it can't produce solid plans.

Late last year, we brought you the story of an Atlantic City man battling a government agency to save his home from an eminent-domain wrecking ball because of an undefined “mixed-use project” in the resort city.

Charles Birnbaum’s ties to that Oriental Avenue property date back a half century. The memories are those of joy, as the three story, brick apartment building served as a safe haven for Birnbaum and his family. They're also saddled with heavy grief, since it’s the place where his 86-year-old mother, a Holocaust survivor, and her caretaker were beaten to death during a 1998 burglary.

Those emotions drove Birnbaum, who has been fighting the Casino Reinvestment Development Authority (CRDA) since 2012 over the fate of his home.

Friday brought the sort of welcomed news from the state Superior Court’s Appellate Division that could very well mean the battle has been won. It upheld Atlantic County Assignment Judge Julio Mendez’s decision preventing the agency from moving forward on the grounds that it had no explanation regarding what its plans for the site.

“Under these highly unusual circumstances, it was reasonable for the judge to question whether the Project would proceed in the foreseeable future when determining whether the proposed condemnation constituted a manifest abuse of the CRDA's condemnation authority,” reads Friday’s 29-page decision. “We affirm, because the CRDA could not provide evidence-based assurances that the Project would proceed in the reasonably foreseeable future.”

The project itself stalled when the nearby Revel Casino declared bankruptcy in 2014, and remains unclear despite the Ocean Resort Casino opening on that property last summer. Birnbaum sued CRDA in Superior Court, claiming the authority had no right to take private property without specifically detailing its plans. 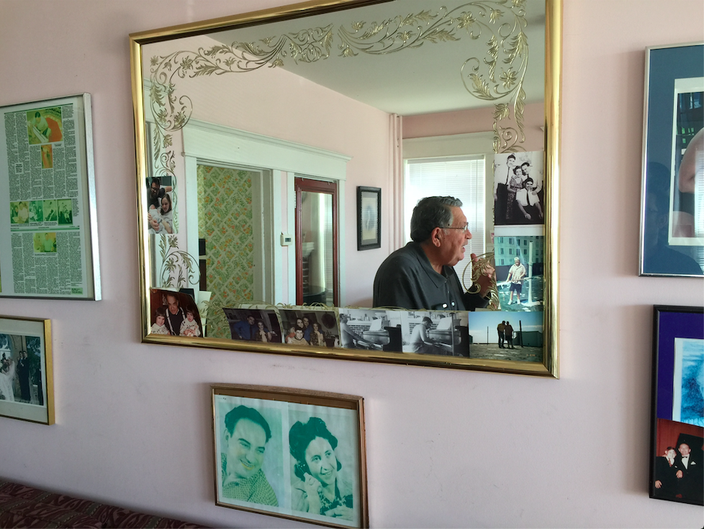 The first-floor of Charles Birnbaum's Atlantic City home doubles as a base for his piano-tuning business and a shrine to a family steeped in tragedy.

The peculiar situation led to the Birnbaum case being held up as an example of eminent-domain overreach by the Institute for Justice, a Virginia non-profit which represents Birnbaum.

Birnbaum told PhillyVoice during a Friday afternoon phone interview that he’s “in celebration mode” over the news, despite the fact that CRDA could ultimately appeal the decision.

What meant most to him was the fact that his family’s history in the 98-year-old home was included in the ruling, and not written “in legalese.”

He also said he considers himself lucky to have had the Institute for Justice to take up his case.

“When I look at what’s left of this block, the single homes still standing, I look at this as part of being a survivor. This has been a survival course, not a sprint but a marathon,” he said.

“There’s such a sense of relief, appreciation and understanding that you never hear about 99.9 percent of the people that go through losing property like this because they can’t afford to fight," he continued. "I hit the lottery when the Institute for Justice accepted my case.”

"It would be better for the people of Atlantic City and for Charlie if CRDA would finally leave him alone." -- Robert McNamara

Robert McNamara, the attorney representing the Birnbaum family, said he hasn’t heard from the agency either “so it’s hard to say if they’ll try to seek further review.”

“I think it would be an enormous waste of resources, but I also think filing this appeal was an enormous waste of resources, so I would not expect that to stop them,” McNamara said. “If they want to go another round, I’d personally be happy to oblige them, though I certainly think it would be better for the people of Atlantic City and for Charlie if CRDA would finally leave him alone.”

Birnbaum said he thinks the decision put the story into the proper context, going through the tragic death of his mother and her caretaker, and even further into how the family moved there from Philadelphia after some rough times.

“Just those sentences made it real for me,” he said. “They honored my parents. They honored the story. This building represents some powerful memories, and I’d never stand in the way if they just said there was a development that made sense.

"I hope this has long-lasting ramifications and sets up limits (for eminent-domain cases) in the state of New Jersey.”