Playing the drums may be an untapped autism intervention, research suggests

Banging out rhythms can help improve attention, inhibition control and thinking skills. And it has the possibility to benefit people with a wide range of symptoms 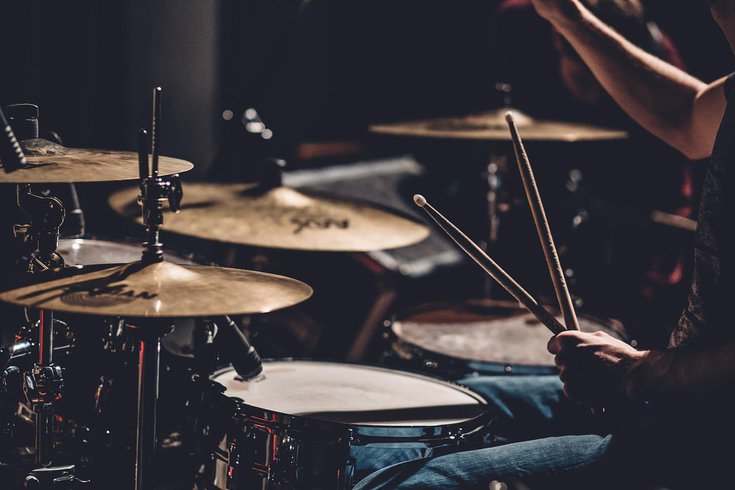 Music therapy has been used for decades to help children with autism spectrum disorder improve their impulse control and social and communications skills.

Teaching them how to beat out repetitive patterns on a drum kit, in particular, has proven beneficial in some studies. The latest study, published Tuesday, adds to this evidence, suggesting drumming may help improve socialization skills, inhibition control and focus among teenagers with autism. Still, research remains limited.

Drumming requires an emphasis on timing, hand-eye coordination and a need to monitor and correct mistakes. This all helps improve attention, inhibition control and thinking skills, which are are critical to "social outcomes and physical and mental health well-being," lead author Marie-Stephanie Cahart, a doctoral candidate at King's College London, told U.S. News & World Report.

"It is now clear that drumming activities are particularly relevant in the context of autism spectrum disorders," Cahart said, adding that drumming likely would benefit patients with "a wide range of ability levels and autism symptoms."

Autism is a developmental disorder that is characterized mostly by difficulties with social interactions and communication skills. It is usually diagnosed in childhood and can affect people to varying degrees.

Early indicators of autism include the inability to make eye contact or form facial expressions, difficulties communicating and expressing emotions, and a sensitivity to light, sound, touch or taste. Some children on the autism spectrum also exhibit repetitive behaviors including rocking, spinning or hand-flapping.

Music therapy has been used to treat autism since the 1950s and 1960s. The earliest research shows that children with autism tend to have a strong interest in music, sing differently than children without the disorder and are quick to accurately reproduce familiar musical sounds or pieces of music.

At first, music therapy just focused on the unusual musical talent of children with autism, but as more research was conducted, the focus shifted to using music to help ease their symptoms, particularly their behavioral responses to sensory perception.

In the 2000s, music therapy's effect on social skills took greater focus, with communication skills a secondary goal. Many studies have investigated whether repeated exposure to music therapy can improve emotional understanding, a critical element of social interaction, among people with autism.

In one study, all of the children demonstrated significant improvements in their understanding of happiness, sadness, anger and fear after listening to background music representing those emotions. Other studies have shown that music therapy can improve speech in children with autism, either alone or in combination with speech training.

Studies on whether learning to play the drums can help treat autism have been limited and relatively small in size. The latest research suggests it helps reduce hyperactive behavior among teens and improves their abilities to pay attention.

The researchers also found that banging out rhythms on the drum improved the communication between the brain regions responsible for inhibitory control, action-outcome monitoring and self-regulation. The reason is that drumming requires motor planning, timing accuracy, focused attention and inhibition control.

The study randomly selected 18 teens with autism spectrum disorder to receive two months of drum training on a standard electric drum kit. Another 18 teens were chosen to serve as the control group.

The teens assigned to drum training were given two, 45-minutes sessions a week for eight weeks. The training focused on motor performance and timing accuracy using a series of repetitive rhythm patterns.

By the end of the study, the teens in the drumming group were able to make eye contact easier and better verbalize their needs and regulate their emotions. Their caregivers and tutors reported that this improved the teens' self-esteem and led to fewer angry outbursts. The teens also said that they enjoyed learning to drum.

A 2018 study found drumming for 60 minutes a week led to improvements in the ability of students with autism to follow their teachers' instructions and the quality of their social interactions with their peers and school staff.

Jeff Strong, of the Strong Institute, the creators of rhythmic entrainment intervention, has found in his own research that listening to different drumming rhythms can reduce anxiety and improve language, eye contact and socialization in some children with autism.

Due to the small size of these studies, however, experts say more research is needed before any specific clinical recommendations can be made.