This marks the third time Baba's Bucha, based in Phoenixville, has worked with the Philadelphia hip hop artist and entrepreneur 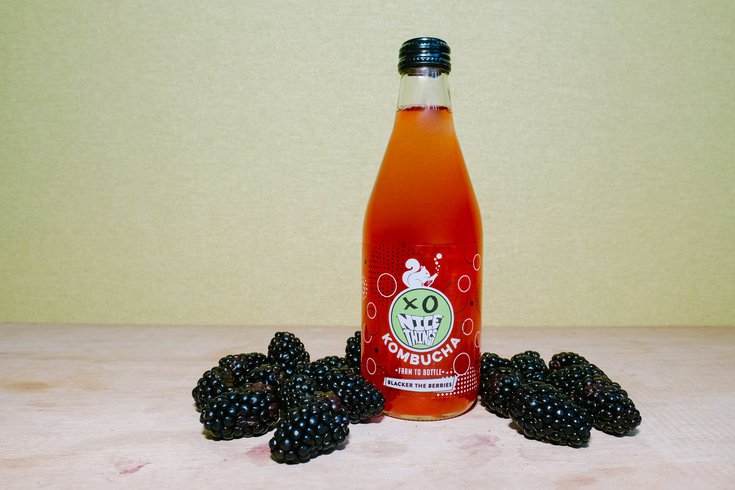 Baba's Bucha, a Phoenixville-based company that specializes in kombucha, has released three new winter varieties, including one made in collaboration with Philadelphia hip hop artist and entrepreneur Chill Moody.

This marks the third time that Baba's Bucha Olga Sorzano has worked with Chill Moody, who first approached her in 2020 with hopes of creating a non-alcoholic, health-infused beverage. Their latest collaboration, "Blacker The Berries," is an effervescent, aromatic kombucha that highlights the floral notes of Chill Moody's favorite oolong tea, blended with blackberries and bergamot.

Chill Moody is the founder of the Philly-based independent record label and management company nicethingsMUSIC. He is no stranger to creating beverages, having previously collaborated with Dock Street on a beer called nicethingsIPA. Chill Moody launched his own nicethingsBEER earlier this year; the hazy IPA is available at many locations, including Lincoln Financial Field.

Firebird — Baba's winter release is made with organic strawberries, cinnamon, chili peppers and hibiscus to create a fruit-forward brew with a layer of heat. Its name was inspired by the Firebird Festival celebrated each December in Phoenixville, Chester County.

Party Crasher — Available through the end of December, the drink mixes organic fresh cranberries, limes and oranges for a tart and refreshing taste. It makes for the perfect mixer for holiday mocktails or cocktails.

Each variety is available in 12-ounce bottles for $5, though price is subject to vary based on location. 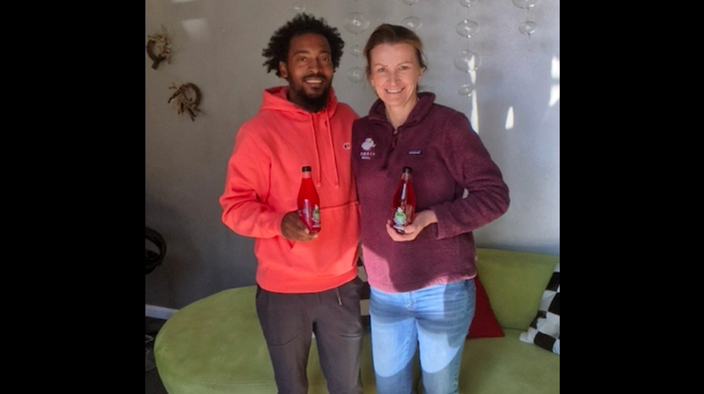 Blacker The Berries and Party Crasher are being distributed by Lancaster Farm Fresh. Firebird is available at all stores that carry Baba's Bucha, which include Whole Foods Market, Riverwards, MOM'S Organic Market, Di Bruno Bros. and Weaver's Way Co-op.

The limited-edition flavors are all available at Baba's Bucha tasting room, A Culture Factory, in Phoenixville. Baba's also has five permanent brews available in bottles and on tap.

Kombucha is a raw drink made from sweet tea and a culture known as a "SCOBY" (Symbiotic Culture Of Bacteria and Yeast). It is naturally fizzy through fermentation and low in sugar. Kombucha is also rich in probiotics, live enzymes and antioxidants.

It is often debated whether the brew has proven health benefits, but the trendy drink is nonetheless regarded as a low-calorie, low-sugar alternative to soda. Kombucha contains just 25 calories per serving, compared to one can of soda which has 230 calories and four times the amount of sugar.

Baba's Bucha is handcrafted in small batches, brewed and served in glass, using only fair trade organic ingredients and local seasonal produce. The product is vegan, raw and gluten free, without artificial flavorings or colors.

Sorzano was inspired to create the company by her own "Baba," her great grandmother who introduced her to kombucha when she was growing up in Siberia. Sorzano came to the United States in 2000 and craved flavors of home, so she began brewing her own kombucha and, in 2015, started sharing it with the world through Baba's Bucha.