This 'Bachelor' contestant legitimately faked an Australian accent to 'stand out'

The new season premieres tonight at 8 p.m. on ABC 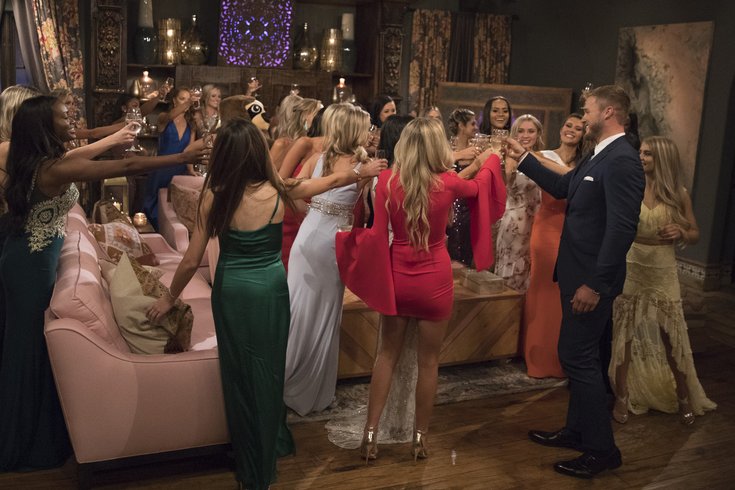 The 23rd edition of ABC’s hit romance reality series 'The Bachelor' premieres with a live, three-hour special on Monday, Jan. 7 at 8 p.m.

Just when you think "The Bachelor" couldn't get any sadder.

The franchise has a funny way of topping itself, doesn't it? As we prepare for the three-hour premiere — I repeat, three hour premiere — of Season 23 featuring The Virgin Bachelor Colton Underwood on Monday, Jan. 7 at 8 p.m. on ABC, we're getting a few little sneak peaks on social media, including the atrocity of the fake Australian accent.

As usual, a bunch of girls do some ridiculous things to get The Virgin's attention when they arrive at Bachelor Mansion on the first night — one comes in a horse-drawn Cinderella carriage, a girl claims she's never been kissed, someone comes in a police car, and the most sad of all them all: A girl who fakes an Australian accent to appear more interesting.

Apparently the fake Aussie is a 24-year-old adult woman named Brianna, a model from California.

The preview clip shows her getting out of the limo, schmoozing The Virgin with her accent, and then in her testimonial she proudly declares, "You have to do what you can to stand out."

Is this lie going to take her down (under)? #TheBachelor pic.twitter.com/OrHrathRYJ

I will give it to Brianna for not lying, though. When Colton asks where she's from, she says: "The accent, it's Australian." I will be waiting with bated breath to see how long she keeps up this ruse. Does she reveal it's fake during their first one-on-one interaction? Does she fool the other women, too? Is Colton only now finding out that his fiancee is in fact just an American Instagram influencer? We'll find out.

If you think the bizarre fake accent is the only controversy to leak so far, you would be wrong. One contestant has already had to apologize for offensive tweets she made in the past, including use of the r-word and some fat shaming.