By Bryan Bierman
PhillyVoice Contributor
Bad For You Sweetzels
from 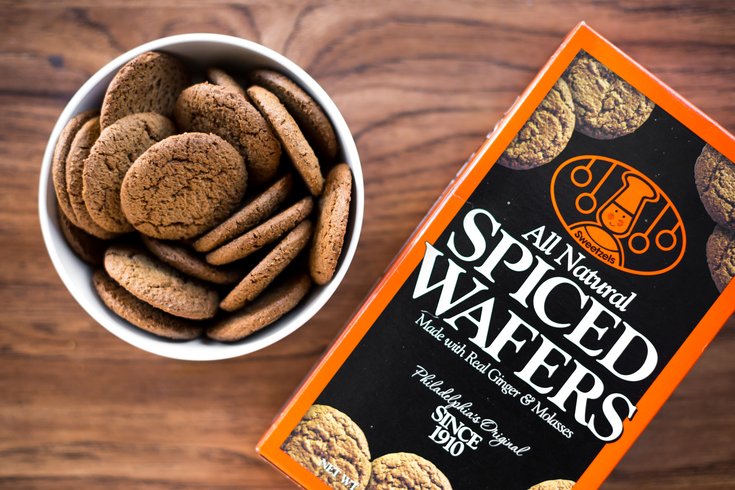 Sweetzels Spiced Wafers are a regional delicacy. People from outside Philadelphia think they're crackers or something.

Fall — “autumn,” if you’re fancy — is my favorite time of year. Mainly, it’s because I can start wearing pants again. (The more clothes on me, the better, quite frankly.)

But fall in Philadelphia also means that spiced wafer season is upon us.

The spiced wafer is like the gingersnap, except it includes other non-ginger spices like clove and cinnamon, as well as real blackstrap molasses. They’re also baked longer than regular cookies, so they’re extra crunchy.

The autumnal exclusivity, the pumpkin-esque spices and the overall Halloween-ness of the famous black-and-orange colored boxes have made spiced wafers a fall must-have for locals around this time of year. It’s become so entwined with fall in our city that most stores put the wafers in the seasonal aisles next to the Halloween candy.

Spiced wafer cookies have been feeding generations of Philadelphians every fall for more than a hundred years. While Sweetzels Baking Co. and the Acme-exclusive Ivins both make spiced wafers, they actually both owe their origins to the same recipe, and their box designs are remarkably similar.

In a 1993 Daily News article, Robert D. Borzillo, president of Sweetzels, shared his theory on why this treat has stayed local: “We've tried over the years to develop it outside of Philadelphia, and it's a killer. People hear 'wafer' and think it's a cracker.”

It’s a shame other places don’t share the same love for this non-cracker, since it’s a singularly perfect cookie. Nothing tastes quite like it. It’s spiced but not spicy, crunchy but not rock hard, and the blackstrap molasses gives it a “real” or more “natural” taste that you don’t often get in a store-bought boxed cookie.

It’s also a very versatile snack for combining with drinks. It goes well with milk or coffee but also warm apple cider, a pairing Sweetzels suggests right on the box. Growing up, I remember my grandmom would always eat hers with tea.

This piece was originally going to be a Bad For You celebration of the spiced wafers — I know they’re not very bad for you; the column name isn’t going to work every time — but one night while writing and researching, I discovered that Bassetts Ice Cream was re-releasing its limited-time Sweetzels & Cream flavor, made with Sweetzels Spiced Wafers, only at its Reading Terminal Market location. Even junk food journalists have breaking news sometimes.

“Stop the presses!” I yelled at my cats. 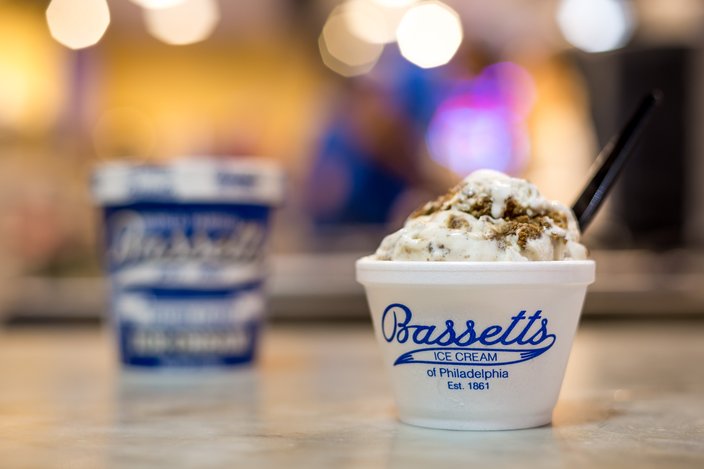 After twisting and turning through the crowded labyrinth of Reading Terminal Market, I found the counter for Bassetts Ice Cream, which is itself a Philadelphia institution. I ordered two scoops of Sweetzels & Cream on a waffle cone.

It’s so simple yet so brilliant that it seems like a slam dunk, a no-brainer.

Sweetzels & Cream is an excellent variation on a beloved regional delicacy. The spiced wafer dough is mixed throughout Bassetts’ hearty, rich vanilla and in big enough chunks that I sometimes had to bite, not lick it.

Now, this new medium does eliminate the famous extra crunch of the cookie and minimize, somewhat, the spiciness of the wafer. But you won’t care. Sweetzels & Cream is a tasty success — a testament to the bold, distinct flavor of the classic spiced wafer and the great blend that Bassetts has put together.

Verdict: This is an awesome treat for spiced wafer aficionados. In other words: What are you waf-ing for? 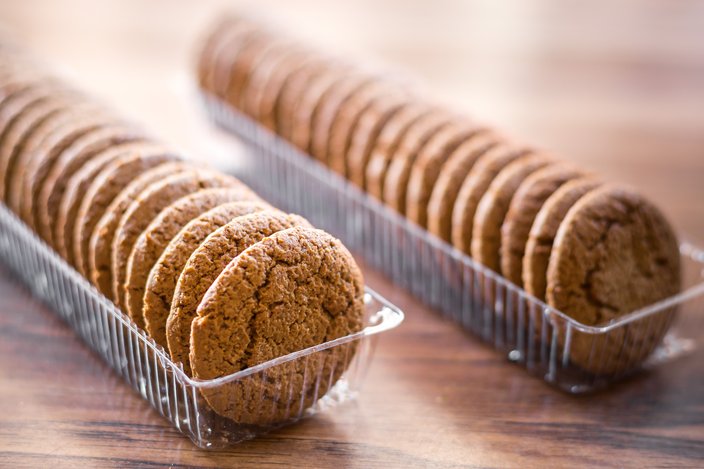