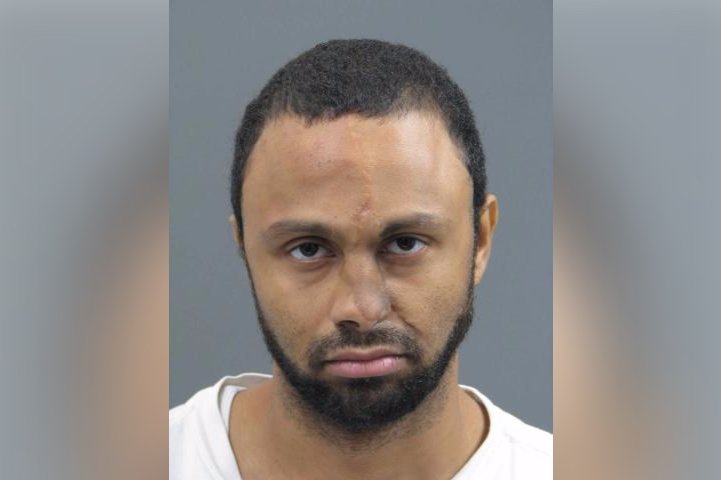 Bail is set at $5 million for a New Jersey father accused of causing a crash that killed his 2-year-old son after he allegedly shoplifted from a Bucks County Walmart.

The Bucks County District Attorney's Office said on Tuesday night that Christopher D. Kuhn, 27, of Hamilton, ran his 2007 gold Jeep SUV through a red light on Tuesday as he fled south on Bristol Pike in Tullytown. Another car heading through the intersection on a green light T-boned Kuhn's Jeep, causing it to flip on impact and hit another car traveling north on the road, police said.

The toddler was thrown from the SUV after the collision, according to a police affidavit.

Kuhn allegedly bolted on foot from the scene after first looking at his injured son laying on the road. Officers chased after him and ultimately arrested him, police said.

Officers soon found Kuhn's son, whose first name was not provided, laying unresponsive on southbound Bristol Pike, next to the Jeep. Officers used CPR on the child until medics arrived, police said.

The boy was taken to Lower Bucks Hospital and pronounced dead there, police said. No one else suffered serious injuries.

Kuhn is accused of stealing television speakers worth $228 from the Walmart in Levittown. He allegedly carried his son out of the store as security tried unsuccessfully to stop him from leaving.

Officers were not pursuing Kuhn's SUV at the time of the crash, police said.

“The sole responsibility for the loss of this innocent life rests with the defendant," Bucks County District Attorney Matthew Weintraub said in a statement. "What we know to be true, and what we intend to prove in court, is that the death of his young son is solely the result of his own illegal actions.”

Kuhn was charged with homicide by vehicle, accidents involving death or injury while not properly licensed, retail theft, endangering the welfare of children, recklessly endangering another person, reckless driving, driving on a suspended license and running a red light, police said.

He is tentatively due in magisterial district court for an Oct. 10 preliminary hearing.

The driver of the car that T-boned Kuhn's Jeep described the initial impact to 6ABC.

"I saw it when the baby flew, and I saw Kuhn run away," the driver told the station. "I just can't believe he ran away."