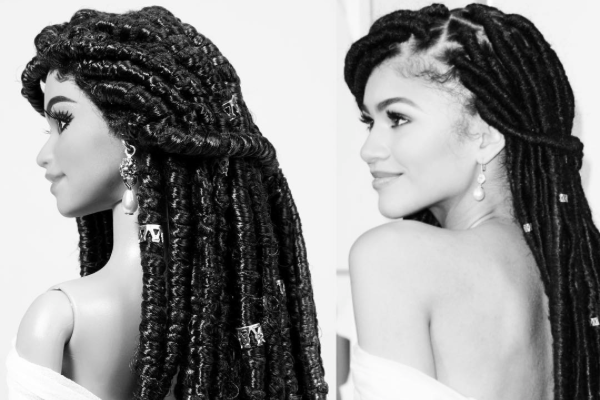 Barbie made a new doll based on singer Zendaya's look at the 2015 Oscars.

Barbie has made a new doll based on Disney star Zendaya's look at the 2015 Oscars in February.

Rancic suggested the 19-year-old looked as if she'd smell like weed and patchouli oil. Zendaya responded to the criticism with a powerful open letter to Rancic via Instagram.

Barbie honored the actress at the Rock 'N Royals concert benefiting VH1's Save The Music Foundation in Los Angeles on Saturday.

"When I was little I couldn't find a Barbie that looked like me," Zendaya wrote on Instagram. "My...how times have changed. Thank you @barbie for this honor and for allowing me to be apart of your diversification and expansion of the definition of beauty. Can't wait to keep doing amazing things with you."

“I’m excited to be a part of the new direction the Barbie brand is headed, specifically how they are celebrating diversity in the line and encouraging kids to raise their voices,” Zendaya said in a statement. “It’s a positive message to send to my fans."

Nicki Minaj reached out on social media to express her support.

Congrats on your doll, Zendaya! Did u know Barbie made me one a cpl years back? 😁😍 It was such an… https://t.co/W1VvKAjrn0