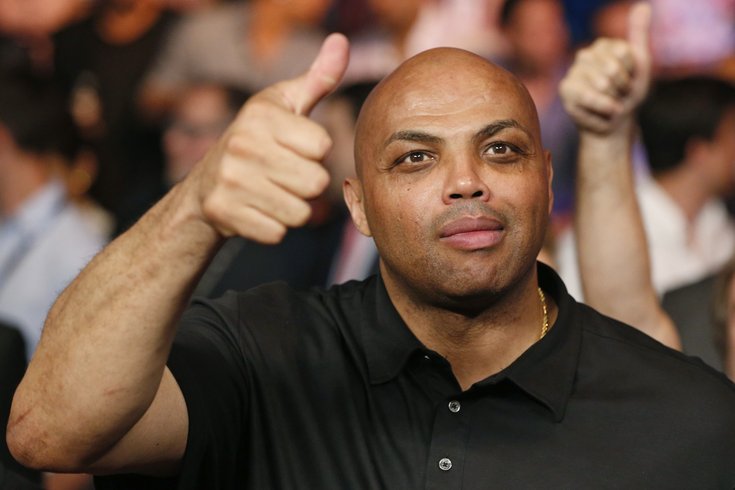 The former Philadelphia 76ers player and current host of TNT's "Inside the NBA" was a Republican until he famously said members of the party "lost their minds" in 2006, citing positions against gay marriage and in favor of the Iraq war.

Now, Barkley is considering making a switch back. He told CNN Saturday that he was leaning towards supporting former Ohio Governor John Kasich, also noting that he wasn't impressed by any of the Democrats running.

Barkley, who considered a run for governor of Alabama in the 1998 election as a Republican,  said he has been impressed by Kasich's approach to conservatism. From CNN:

"He talked about young black kids and giving them an opportunity. His idea of being a conservative is being inclusive. Most of the quote-unquote conservatives have attack and blame. It's already somebody else's fault why people aren't doing better."

He also said while he liked U.S. Senator Elizabeth Warren, who isn't running for president, he wasn't thrilled with any of the Democrats running, which includes Hillary Clinton and Bernie Sanders. He also chided the party for taking the minority vote for granted:

"(The party has) always taken the minority vote for granted. They have not done enough for the poor people."

Barkley also said his issue with the Republican Party was a perceived "divide and conquer" strategy, saying their hardline positions on gay marriage and abortion have been used to further it.

Kasich drew applause at the first GOP debate earlier this month for accepting the Supreme Court's ruling on gay marriage and saying he could love and accept people even if they held different beliefs.

As a U.S. Congressman, he voted in favor of the 1996 Defense of Marriage Act which defined marriage as a union between one man and one woman, as pointed out by the Huffington Post.

On abortion, Kasich has campaigned on his pro-life stance and said federal funding shouldn't go towards procedures, however, has also said that it is the "law of the land" until it changes.

"You're as pro-life as anyone in this field, aren't you, John Kasich?" -@HughHewitt https://t.co/L9xlO74rSR