Our family now includes this golden retriever puppy named Scarlet, and she's the most adorable pooch in the land 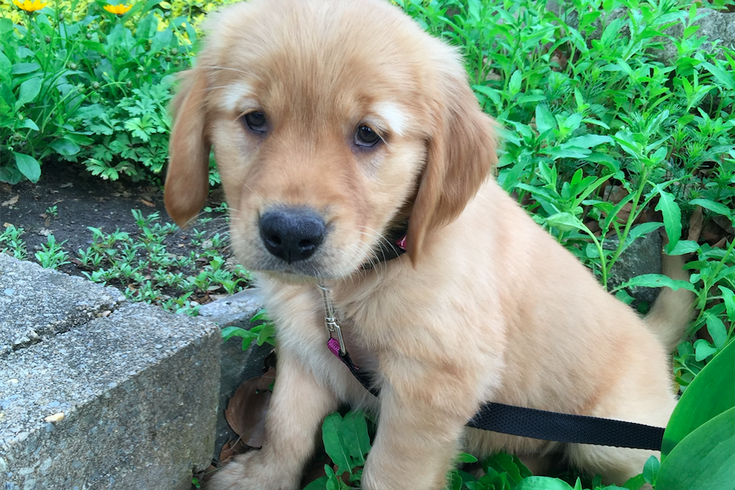 The last time a dog made its way into the Hickey household was in the late 1990s. Her name was Charlie Dawg, and she'd been passed around shore houses for a few months before she arrived (permanently, as it would turn out) one Memorial Day weekend.

As natural life spans are wont to do, Charlie went to doggy heaven more than 15 years later. Her ashes were recently scattered on the 91st Street beach. It was sad, but it was the place she loved most.

Well, on Wednesday, a previously unnamed golden retriever puppy arrived on our doorstep (courtesy of a fresh litter at a friend's house) and dear Lord, look at her, will you? She's already besties with our kindergarten-aged son (despite keeping me up for most of her first night in East Falls). I don't expect that to change any time soon (the bestie relationship, not the sleep deprivation).

Like just about every dog owner on Earth, we adore her to the point that I'd argue that our 8-week-old is the cutest puppy in the history of Philadelphia pets.

You may disagree with that. I invite this discussion. As in, I now want to see photos of the other pets that you (misguidedly?) think may be cuter than Scarlet.

Let this serve as a call to action: Please share your photos of cute puppies in the comments on this story or via Facebook and Twitter.

The world is a cold, dark place sometimes. Puppies bring light to that dynamic. So let's bask in their adorableness together, shall we?