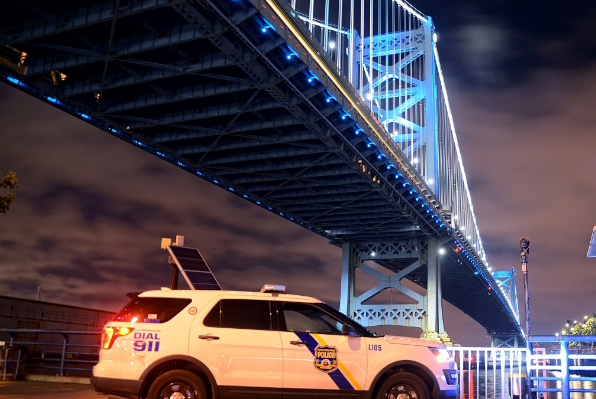 Edward Fidler, a crime scene investigator with the Philadelphia police, shared this photo on social media showing the Ben Franklin Bridge lit up in blue to support the fallen Dallas police officers and police everywhere.

The Ben Franklin Bridge connecting Philadelphia and Camden was illuminated in blue on Wednesday evening in a tribute to the fallen Dallas police officers.

It will remain that way through Sunday, the Delaware River Port Authority announced.

Following the tribute lighting, the bridge will end the month in red, white and blue to welcome the Democratic National Convention to Philadelphia.