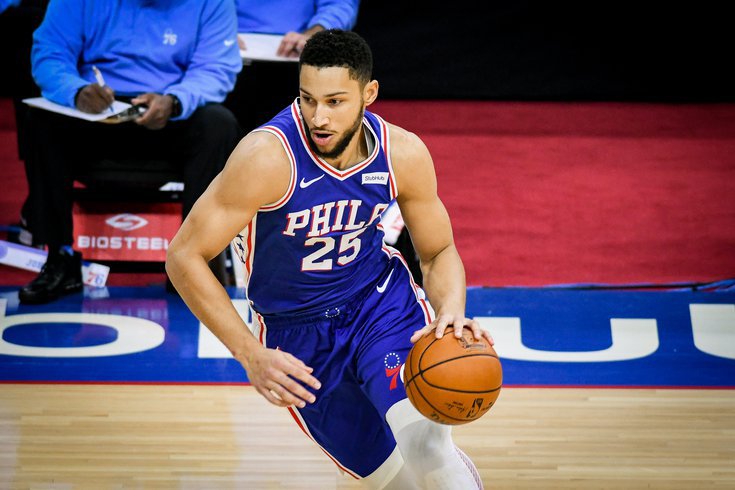 Ben Simmons ended the NBA season on a bad note, to put it mildly, with the Sixers getting bounced from the playoffs in a Game 7 defeat against the Atlanta Hawks in front of a home crowd in Philadelphia. The immediate tsunami of trade speculation has continued uninterrupted in the weeks since, putting Simmons' disappointing postseason performance under a high-power microscope.

It remains to be seen whether the Sixers will make an offseason move involving Simmons, but the 24-year-old star appears to be making moves of his own.

Simmons reportedly has purchased a custom-built home in the exclusive Los Angeles community of Hidden Hills, a gated area in the Santa Monica mountains where the Kardashian family and other high-profile celebrities own gaudy properties.

Situated at the end of a quiet cul-de-sac on a 1.5 acre lot, the Simmons estate was built new in 2021 and features a modern farmhouse-style architecture bent, with charcoal-colored brick and reclaimed wood siding. Designed and built by Max Nobel of Nobel LA, the compound includes a main mansion and house-sized guesthouse, plus two separate swimming pools. On a lushly landscaped 1.5 acre lot, the spread weighs in with seven bedrooms and eight baths in about 12,000 square feet of living space.

A tour of the luxury property was posted on YouTube last week by popular real estate enthusiast Enes Yilmazer, who gave a full walk-through with details about various standout items, including a 6,000-pound floating fireplace and a set of chandeliers worth $100,000. The property was never listed, but Simmons seems to have gotten a deal on it. The property had been quietly shopped for $20 million prior to the purchase.

Photographs of the property, inside and outside, can be viewed over at Dirt.

It's doubtful this new home has much direct impact on Simmons' future with the Sixers, since he's known to spend time in Los Angeles and formerly dated model Kendall Jenner. Simmons signed a five-year, $170 million max contract with the Sixers in 2019.

Wherever Simmons ends up playing basketball, he'll now be neighbors with the likes of Drake, Lil Wayne, Matt Stafford and Dwyane Wade.