How the storied Bensalem boutique came to be 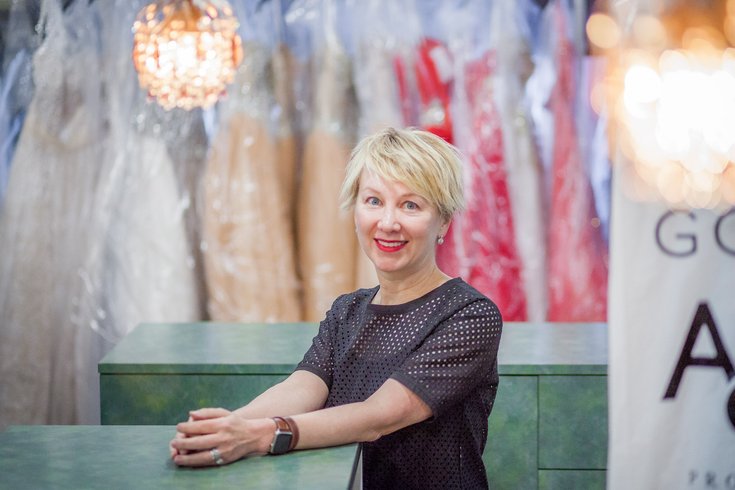 "A lot of my friends recommended the Golden Asp," she told PhillyVoice. "Plus my mom had been there before."

Recommendations in mind, she traveled to the Bensalem boutique, was greeted momentarily by a helpful ("But not too helpful") sales girl, and left satisfied with a $300 navy blue, strapless dress. Because prom is such an "extravagant thing" for a high-schooler, she said, finding the right dress with the right help felt important -- not just for the sake of feeling beautiful, but, of course, for the inevitable photos with friends.

Hoehne will likely head back this year for her senior prom. Why? Because in Philly, Golden Asp is just where you go.

"[Prom] is such an American tradition," 48-year-old Daphne Hardin, who owns the boutique, told PhillyVoice. "It’s this experience every young girl dreams about, like their wedding. They dream about their prom, and the emotion involved for a 16-year-old girl is the same as a bride. The intense emotion and highs -- it’s almost like a wonderland.”

The shop, touted as the oldest prom-specific boutique in the country, was opened by Hardin's parents in 1969 as the Golden Asp Unisex Boutique. Back then, prom was a side note to what they offered: bellbottoms, flag pants, tie-dye shirts, fringe vests and posters got the main billing. It was a hippie shop if ever there was one; a stranger on the street could trace a garment's Golden Asp origins because it smelled like incense.

"Let's say they capitalized on the hippie movement, fashion-wise," Hardin said, explaining that her parents wouldn't quite qualify as hippies themselves, but learned to strike on jeans fashion when it was hot. "We had Gloria Vanderbilt, all that stuff. Walls of jeans. My dad wouldn't even unpack them. He'd throw a box of jeans on the floor and people would go through it." 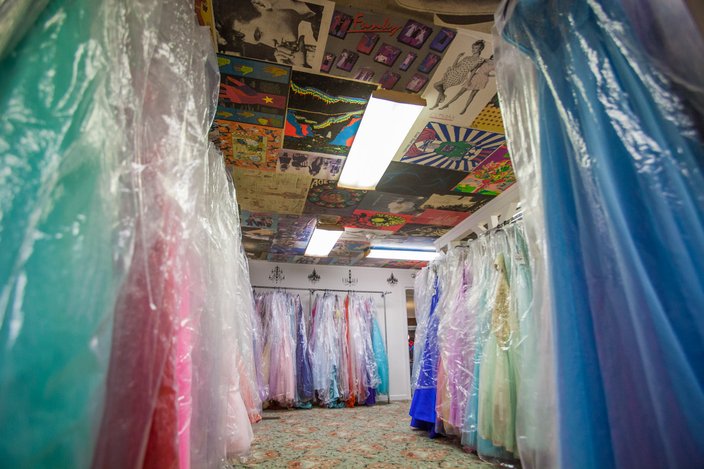 Juxtaposing the cavernous rooms overflowing with modern plastic-wrapped dresses, posters from an earlier time, when Hardin's parents ran the shop, still hang on the ceiling and offer a flashback in time and style.

When the trends, as you might say, "dyed" down in the 1980s, her family added bridal and bridesmaids formalwear into the mix. By the time Hardin joined the biz for good in 1992, the 3,400-square-foot space was fully dedicated to bridalwear, bridesmaids, pageants, proms and sportswear -- "like a mini-department store," she said.

But then discounters came along, and the big picture started to change. So, in 2000, she focused the lens strictly on bridal, bridesmaids and prom, only for online discounters to then cripple her bridal sales a few years later. She winnowed the field down to bridesmaids and prom a few years later, until, in 2007, she tossed her eggs in one basket and became a strictly prom-focused shop -- a passion and sales staple since the business began.

She made the right choice.

"A Saturday is very, very, very busy -- people just keep coming in throughout the day," she said of business now. "By the end of a Saturday, there's a lot of dresses where there shouldn’t be, shoe boxes on the floor and jewelry laying around. But that's a good thing. A messy store is a busy store.” 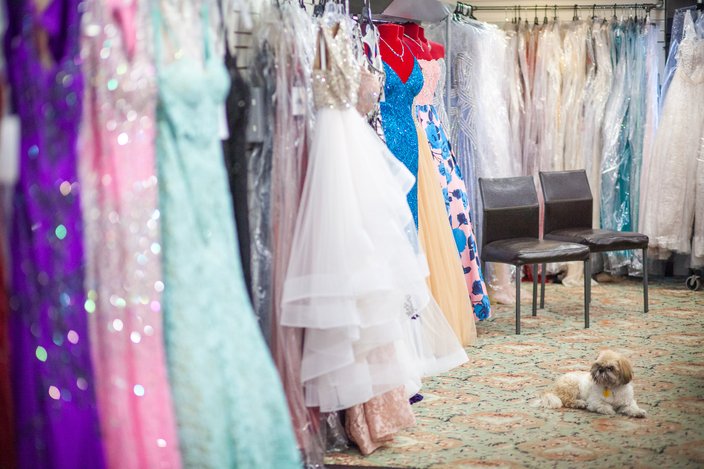 Caesar, Hardin's dog, dutifully oversees operations in the Golden Asp -- so-named as a cultural reference to the asp in the 1963 Elizabeth Taylor film, 'Cleopatra.'

From January to June, she's there every day, preparing a fleet of 14 college- and high-school-aged employees to man the shop -- that is, a massive brick house equipped with 33 dressing rooms and three sectioned-off display rooms. Nearly every inch of the space is accounted for, with thousands of dresses from 45 designers, ranging from La Femme to Rachel Allan, Johnathan Kayne to Blush. Those dresses are all hand-selected by Daphne and her husband Jon Liney, who both travel in the off-season to trade shows in New York, Dallas, Chicago, Paris, London and elsewhere in search of on-trend (two-pieces and florals, this season) and outlandish (or "novelty") prom dresses to bring back.

She buries the store in so many dresses, she said, because teenagers today are exposed to more styles than ever before, thus creating demand for an immense and diverse inventory. 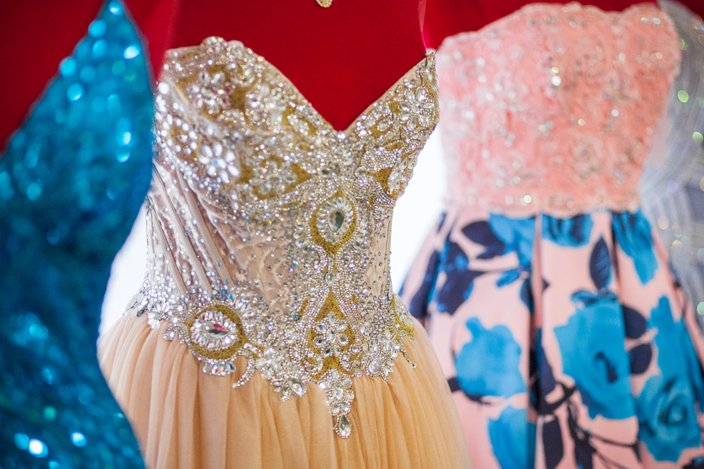 Tight-fitting tops with fuller bottoms and florals are on-trend this year.

March and April usher in the busiest times of year, she said, considering junior proms start as early as March, and students with May and June proms start seriously looking for their dresses.

In recent years, the operation has grown through a year-round e-commerce website in 2009 that keeps online competition at bay, and adapted through an app (created by Bucks County company Inverse Paradox) that registers every prom dress sold with one of the more than 600 schools she works with. The goal of the app is to make certain no teenage girl sees her dress on someone else at her school's prom.

They've given back, meanwhile, by featuring local high-school girls as dress models and running a donation program through Operation Prom that gives underprivileged girls the opportunity to wear "gently used" prom dresses.

But Hardin said the joy of running a prom shop -- as much work as it may be -- is getting to work with young women who aren't yet cynical, who offer "positive energy." She never needs to be reminded what it's like to be a teenager immersed in prom, she added, because her customers take her there every day.

Though, she does remember her own junior prom, stepping out in a strapless Jessica McClintock dress with a taffeta skirt, fitted bodice and ruffles around the neck, and that feeling of magic.

“It’s a whole 'nother world when you get there and look at everybody’s dresses," she mused. "And of course, I had the best dress."