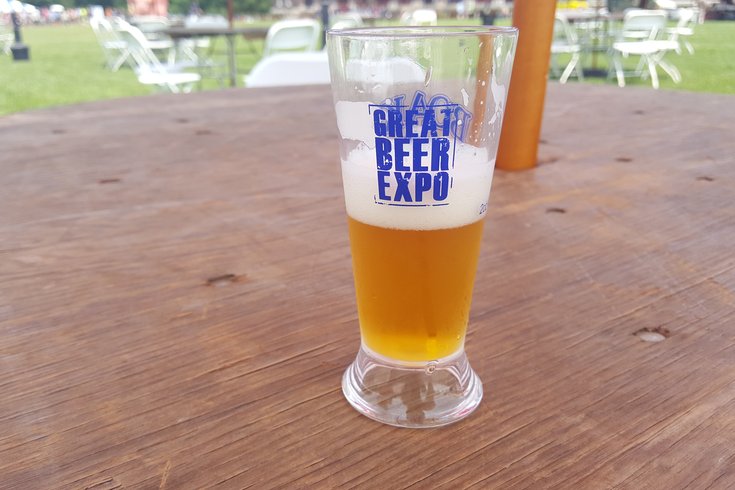 Philly Beer Week is in full swing, and with it comes the Eighth Annual Great Beer Expo; This year it was held at the Navy Yard on Saturday, June 4.

After several laps around the Marine Parade Grounds, cruising (and imbibing) the goods of 60 breweries around the country, we jotted down which brews, among the more than 125, were the hop-iest, most inventive and all-around delightful.

The Taste: In short: A wallop over the head with hops. It's extra-dry with a taste of pine and a dry finish. In a sea of breweries that noticeably brought some of their zaniest flavor combinations (many with success, albeit), this stands out as a reminder that we're ultimately drinking beer, not a grain smoothie. Reminds us of: Victory's DirtWolf Double IPA.

The Occasion: Your appetizer drink before biting into a juicy burger. 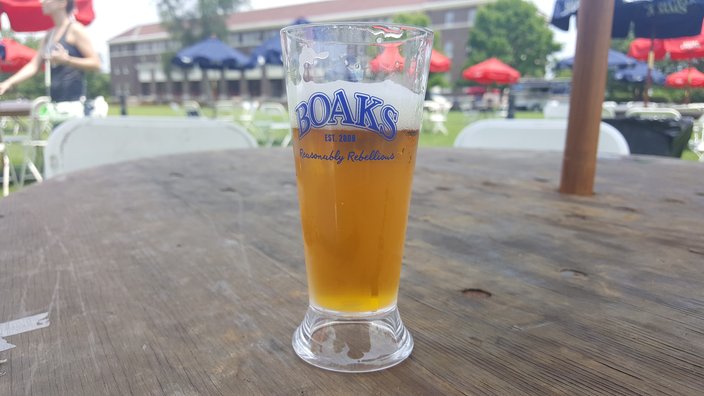 The Taste: A fruity and light beer with hints of honey upon arrival to the tongue, rounded out with a strong wave of blueberry in its finish. Does not overdo it with the blueberry. Gratefully, no blueberry balloon transformations to be had here.

The Occasion: A midsummer brunch beer, through and through. 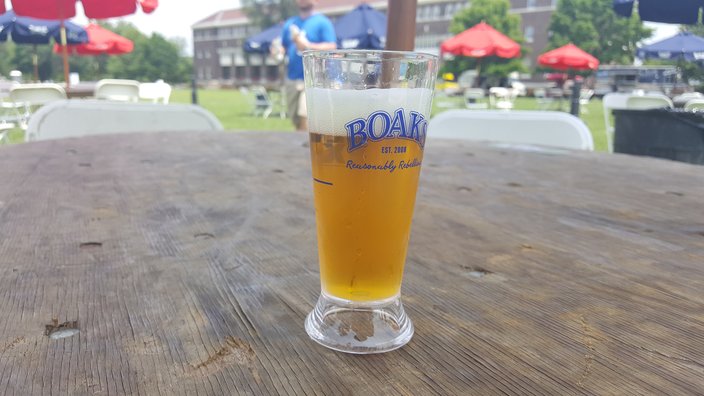 The Taste: A fairly weighty, aromatic citrus taste throughout that doesn't overpower the hops. Careful, though — it is an imperial ale, with that ABV really shining through.

The Occasion: First drink of the night. 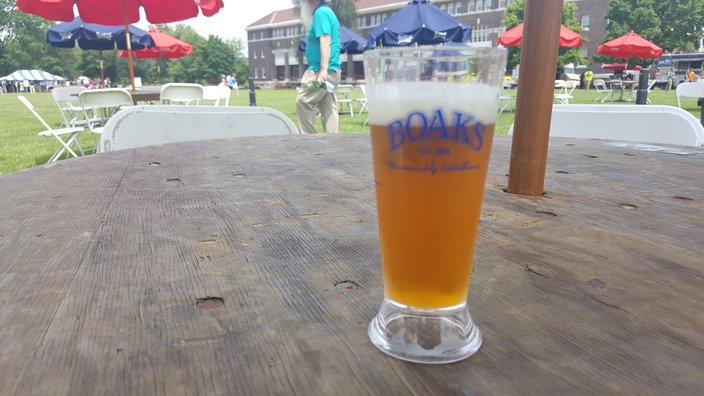 The Pine'Hop'le IPA, from Evolution Brewing Company in Salisbury, Maryland.

The Taste: Deceiving, with a fairly standard summer ale flavor, and certainly a milder IPA, compared to many of the others at the expo — but with a full-force pineapple aftertaste. Hoppy, but not overwhelming. Consider pineapple a welcome addition to the world's growing lineup of fruit-infused ales.

The Occasion: When you want to convert mom into an IPA drinker. 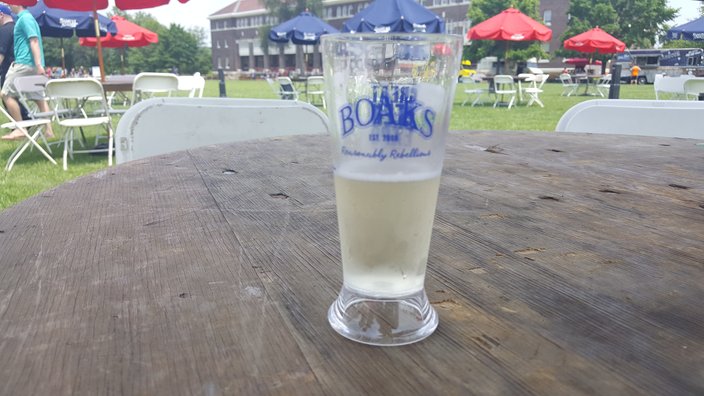 The Taste: Dry-hopped and floral, there's a satisfying blast of red apple flavor throughout, mixed with grapefruit. It's like drinking carbonated apple cider, but with a bite.

The Occasion: Late-summer drinks in the backyard. Or, store some for those unseasonably warm fall days. 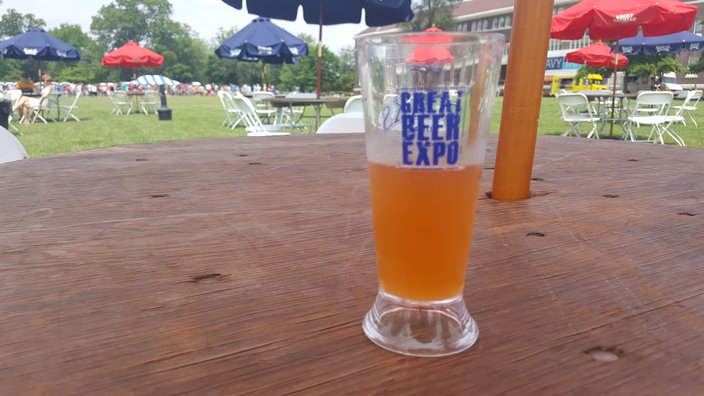 The Taste: On the fence about sours? This one might make you think twice. It's sour in a way that feels natural, and not like someone in a lab is trying to make you scrunch your eyes when the liquid taps the tongue. There's a sweetness in the aftertaste that offsets its initial sourness. (Bonus points for best label art.) 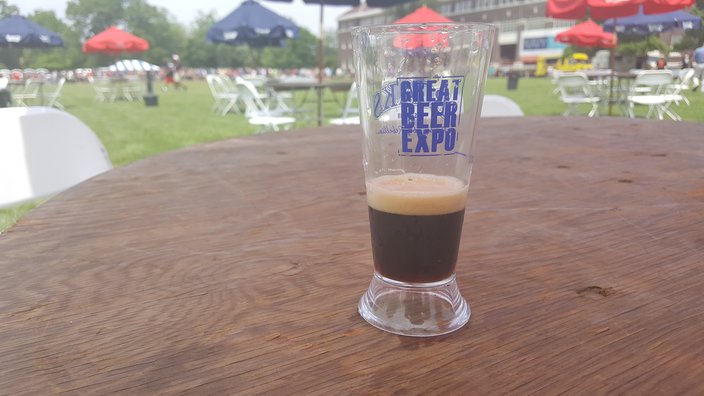 The Taste: Ironically, its long name culminates in a pretty straightforward flavor. Aged in bourbon barrels for three months, it comes with an initial taste that's not unlike doing a diluted, foamy shot of Bulleit. Still, other flavors that make up the brew — namely the chocolate — do appear mid-swish, mitigating the heavy blow just a bit. But if you're not a bourbon fan, maybe steer clear.

The Occasion: Dark-room discussions about politics. 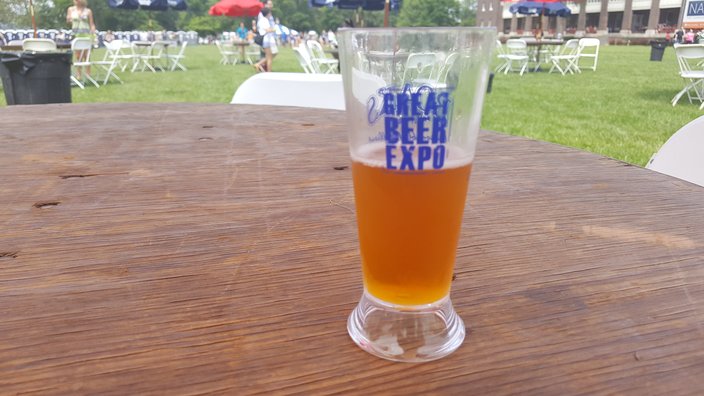 The Taste: Up front, the IPA's sweet mango flavors delight you into a state of summer bliss, before a sadistic habanero kicks in at the swallow that leaves you begging for more of that mango — a plus, for anyone disappointed by the endless supply of not-actually-all-that-spicy alcoholic beverages on the market. Accompany it with a glass of water to alleviate the back-of-your-throat spiciness that serves pain as pleasure.

The Occasion: A friendly tap-out competition. 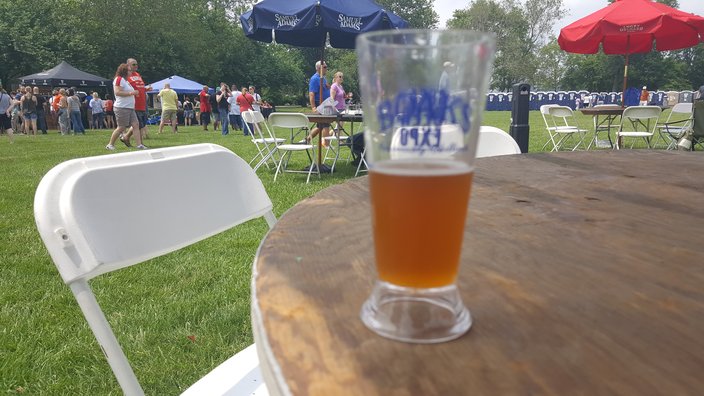 The Taste: A well-balanced blend of chocolate, coffee and raspberry in a Belgian dubbel — a unique occasion of infused flavors only complementing each other in a darker beer, rather than stumbling into hot mess turf. (Looking at you, Sweet Baby Jesus.) Get it while you can: Boaks closes for good on June 30. 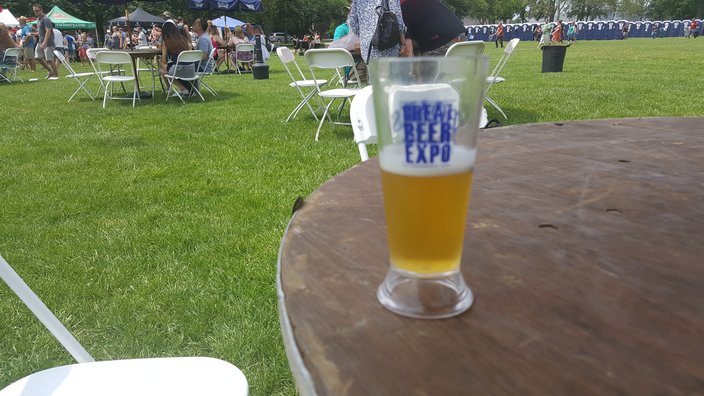 The Taste: Don't let the color fool you: This golden Belgian tripel's creamy, spicy, frothy and candy-like, thanks to the addition of Belgian candi sugar. It's also surprisingly drinkable, at 7.5 percent.

The Occasion: When you crave a root beer float down the Shore, but remember you're lactose intolerant.