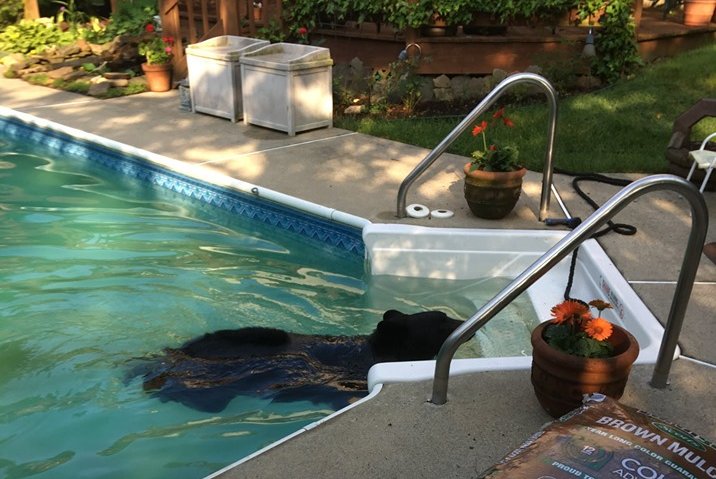 A black bear was spotted swimming in a local pool in Bethlehem, Pennsylvania over the weekend.

Or rather, a swimming bear.

Police posted on Facebook on Monday that a young black bear had been reported roaming through the Bethlehem, Pennsylvania neighborhood back yards on Sunday morning.

MORE ODD NEWS: Earthquake reported off the coast of Brigantine

Eventually, the bear must have gotten hot, police said, because it jumped into someone's home swimming pool to cool down. The Pennsylvania Game Commission eventually helped to tranquilize the bear and transport it to North Central Pennsylvania where it could swim in some natural water.

"From climbing over fences and the warm weather, the bear apparently became hot and decided to take a dip in a nearby swimming pool. The "skinny dipping bare,” ....I mean “bear,” was corralled by Bethlehem Officers and Pennsylvania Game commission Officers in a yard," police posted.

The bear was transported without injury, police said.

Pennsylvania wildlife officials have seen a lot of black bear activity this year. Further north, officials with the Game Commission set up a live stream camera inside a bear den earlier this spring.

It was under a porch in Monroe County where homeowners eventually spotted a mother black bear and her cub. It was in mid-April that the two left the den for spring.