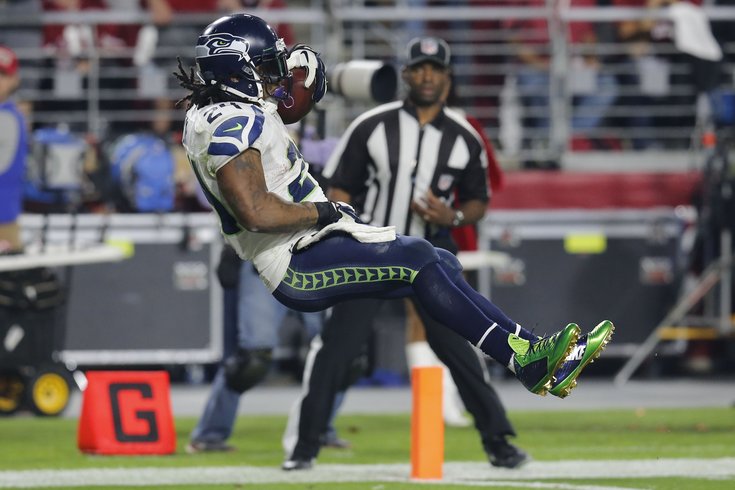 Can you bet on whether or not Marshawn Lynch will grab his crotch in the Super Bowl? Uh... Yeah. Why wouldn't you be able to bet on that?

You can bet on pretty much anything in the Super Bowl, as evidenced by Bovada's "special" Super Bowl prop bets. I picked out my five favorite "special" prop bets, and offered my advice below. You're welcome.

Will Marshawn Lynch grab his crotch after scoring a TD in the game?

Do I even have to tell you to bet "yes" on this? How many times in life will you ever have the opportunity to celebrate winning money because a grown man grabbed his crotch? Bet "yes" and feel secure knowing you did the right thing even if you lose the bet.

Which coach will be mentioned first by name on TV after kickoff?

What color will Bill Belichick's hoodie be?

If I were Belichick, I would look at the Seahawks and note that both blue and gray are part of their uniforms. Red is not. Seeing as Belichick (A) already wore red in a Super Bowl once, and (B) red is the only color among the three choices that is not part of the Seahawks' unis, red at +750 feels like an absolute steal.

How many times will 'Deflated' Balls be said during the game?

Under! Will "deflated" balls be mentioned a million times pregame? Of course! But again, "during the game," Al Michaels and Cris Collinsworth will surely mention it, because they have to. However, once it's mentioned, that will be the end of it, since it's unlikely that any in-game scenario will warrant the re-mentioning of "deflated" balls. Three is too high a number.

Since 2000 (and really, since this stupid tradition has been alive since 1887), Punxsutawny Phil has seen his shadow waaaay more than he hasn't. In fact, there have never been consecutive years in which Phil didn't see his shadow. Here is Phil's record since 2000: 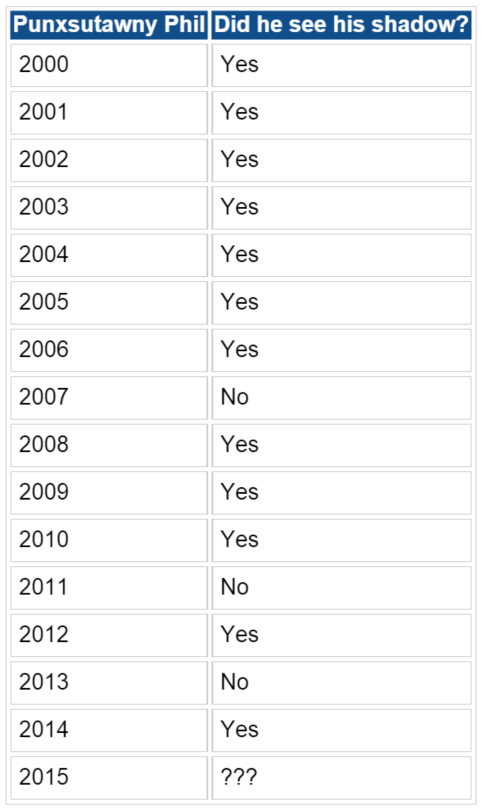 Phil has seen his shadow in 12 of the last 15 years. Again, yes, I actually researched this, and no, I have no life.

I would hedge here. Bet that Phil will see his shadow, plus whoever you think will win. If you guess right, you win your parlay. If not, at least spring will come early.