The Southwest Philly native died Wednesday at age 68. He worked overnights on the sports-talk station for decades and was a popular stand-up comic 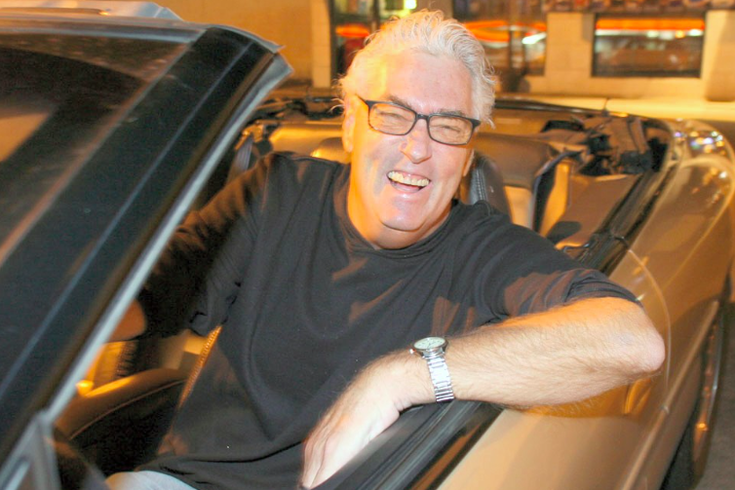 Big Daddy Graham was the voice of the overnight hours at 94WIP for two decades in Philadelphia.

Graham became one of the most popular media voices in the city during his two-decade run hosting the overnight hours at 94WIP by entertaining fans with his humor and vast sports knowledge. His personality matched well with station's late-night shift and attracted him a loyal audience that was supplemented by fans of his stand-up comedy act.

Graham joined WIP in 1997 after co-hosting "The Sports Attack" with Scott Graham and Neil Hartman on 1210 AM.

Born Edward Gudonis, Graham was raised in Southwest Philly and graduated from West Catholic High School. He resided in Mullica Hill, Gloucester County, with his wife and two daughters. His daughter Ava is a member of 94WIP's morning show.

Two years ago, Graham was diagnosed with a blood clot in his spine, leaving him paralyzed him from the waist down. He previously had beaten throat cancer.

Thursday morning on 94WIP, Angelo Cataldi and his co-hosts began the show with the news of Graham's death and their memories of him.

Many of Graham's longtime listeners, fans and friends in Philadelphia took to social media to pay tribute to the local icon.

I learned last night of the passing of my friend Big Daddy Graham. A gem of a man. A diamond in the rough. A funny, hard-working and quirky sweetheart of a guy with no filter. My pal, my co-author. We will all miss him.

I am heartbroken over the passing of my friend and former colleague Big Daddy Graham. What a unique, loving guy that had a heart of gold. I will always cherish the times we had together and the years of laughter he brought into my life and many others. He was truly one of a kind! pic.twitter.com/cyNAImd2MS

Woke up this morning to very sad news with the passing of @BigDaddyGraham on Wednesday evening. So many things to remember about Big Daddy but everyone and myself will never forget he was one of a kind. My condolences to Ava Graham and the family. #RIPBIGDADDY https://t.co/bE1ByTV669

Big Daddy Graham was a truly great guy who will forever be an enormous part of our lives and @SportsRadioWIP's history.

He was immediately welcoming to me and I am glad I was able to know him. Rest In Peace BDG.

Man! This one hurts ! Big Daddy Graham . You will be missed.. R.I.P pic.twitter.com/NCkRgL0dEk

Was blessed in my radio career to work with many of the sports radio greats. Big Daddy Graham was one of them. Thoughts and prayers to his family and all who love him. RIP. pic.twitter.com/oQsr6zAmCb

If you can make someone laugh, you pretty much have the key to life. Big Daddy Graham spent his life making people laugh. Rest In Peace, my friend. No more pain. I know you’ll be making everyone laugh in heaven ❤️ pic.twitter.com/uQYJ1m2ysY

Deeply saddened to hear of the passing of my colleague,& friend, Big Daddy Graham.Some things you can never prepare for.Hope we all can be there for the Gadonis family in anyway we can during this time.Will do my best to honor a great man in the coming days,weeks,months ahead.

He always knew how to smile.

Heartbreaking to hear Big Daddy Graham passed away last night. One of the nicest, biggest-hearted guys I know. Every kind word you’ll read about him today is exactly who he is. Rest peacefully, BDG. 🙏🏻

So devastated about Big Daddy Graham. He was always so nice to me. Just a genuinely talented and good person who will be sorely missed. RIP Big Daddy.

Big Daddy Graham was the best. Super nice, super talented. I used to love listening to him growing up and hearing his song come on at 2am. A 94WIP legend that will be missed. https://t.co/i5lNJ3Q9eI

Spent a lot of nights listening to his show on WIP. Always provided great conversation and fun sports talk for an audience that worked interesting hours.

So sad to hear that we lost @BigDaddyGraham last night. He had the unique ability to make everyone he met laugh and smile. What a gift that is. RIP BDG.

Our hearts are saddened by the loss of @BigDaddyGraham Our thoughts and prayers are with his family and friends. #PhillyLegend pic.twitter.com/7H9PEzWj2U

We are all thinking of you Ava and your family. Big Daddy was a gift to all of us. Your father was so loved. It means so much that we got to see him at the Sixers playoffs games and that he was able to go to those 3 months ago #RIP 🙏🏼 https://t.co/r1JD2KTXOv