The 83-year-old, North Philly native had spent more than two years in prison since being found guilty by a jury in Montgomery County in 2018 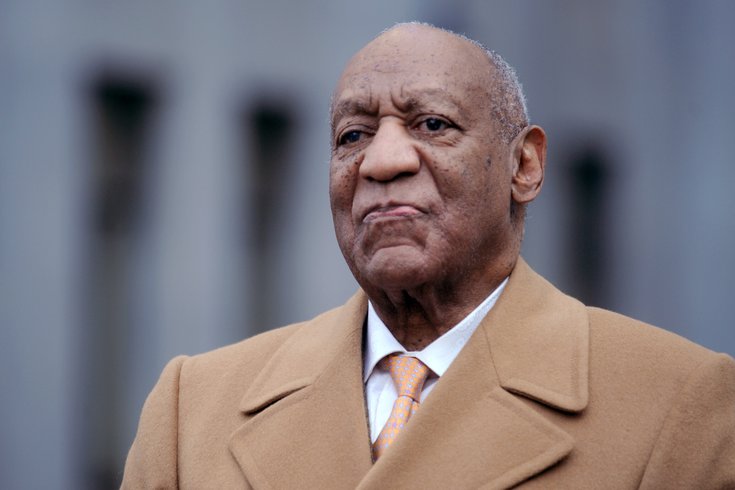 The Pennsylvania Supreme Court ordered Bill Cosby to be released from prison after vacating his sexual assault conviction.

The Pennsylvania Supreme Court reached a decision to vacate Bill Cosby's 2018 sexual assault conviction in Montgomery County, paving the way for the 83-year-old comedian's release from prison on Wednesday after more than two years behind bars.

Cosby was convicted of sexually assaulting and drugging Andrea Constand, a former Temple University employee, at his Philadelphia-area estate in 2004. He was sentenced to three-to-10 years in prison, and had vowed to complete the full sentence rather than publicly admit guilt, barring a successful appeal, like Wednesday's decision by the state supreme court judges.

The Supreme Court had reviewed Cosby's argument that he had secured an agreement from former Montgomery County District Attorney Bruce Castor not to pursue criminal charges against him following a civil court settlement with Constand in 2005.

Castor had declined to prosecutor Cosby at the time Constand's allegations surfaced because of concerns about insufficient evidence and the viability of a criminal case. Castor's review of the evidence led him to believe that Constand's behavior, including a delay of about a year before she reported the incident to police, would make a successful prosecution unlikely.

To aid in some form of justice for Constand, Castor testified that he had supported her pursuit of a civil lawsuit which would require Cosby to testify in the case without being able to invoke his Fifth Amendment privilege against self-incrimination, since there would be no subsequent state prosecution against him. Cosby sat for four depositions, during he which he discussed what happened with Constand and admitted to previously giving other women powerful Quaalude sedatives when he wanted to have sex with them.

Cosby's testimony from the depositions was later used by current Montgomery County District Attorney Kevin R. Steele to build a criminal case against Cosby. The comedian was arrested in 2015 and charged in connection with the Constand incident, despite Castor's prior arrangement offering immunity in exchange for his testimony in the civil trial.

Two lower courts had determined that Cosby's eventual criminal trial and conviction in 2018 — which followed a mistrial the previous year — were legally valid. They deemed that an agreement of immunity from future criminal prosecution was never formalized by Castor and Cosby, and therefore did not bind future prosecutors.

The Supreme Court ruling on Wednesday concluded, to the contrary, that the trial should never have gone forward because it undermined Cosby's due process rights, ensnaring him in a "bait-and-switch" that ultimately cost him his freedom.

"When a prosecutor makes an unconditional promise of non-prosecution, and when the defendent relies upon that guarantee to the detriment of his constitutional right not to testify, the principle of fundamental fairness that undergirds due process of law in our criminal justice system demands that the promise be enforced," state Supreme Court Justice David Wecht wrote in his majority opinion.

The Supreme Court also reviewed the inclusion at trial of witness testimony from five women who had accused Cosby of drugging and sexually assaulting them during the 1980s, a key facet of the state's case presenting Cosby as a serial predator.

Though the court considered the question of whether the witness testimony had tainted the trial and turned it into a character attack, no ruling on the matter was delivered Wednesday since the judges already determined the trial should never have occurred.

Cosby was once considered "America's Dad" and one of the nation's foremost Black entertainers, earning an estimated fortune of about $400 million during his decades-long career. The scandalous and emotional criminal case against Cosby carried far-reaching implications for a generation that once viewed him as a pioneer and exemplar.

For many who watched Cosby's career unravel — more than 60 women have leveled accusations of rape against him in recent years — the Supreme Court decision comes as a blow to the #MeToo movement's demand for accountability.

In May, as the Supreme Court's review of the appeal continued, Cosby was denied parole after he refused to participate in sex offender programs — seeing treatment as an admission of guilt. Cosby has maintained through the years that he never engaged in non-consensual sex.

Attorney Gloria Allred, who represented several Cosby accusers who testified at his trial, said Wednesday that the Supreme Court decision does not equate to a finding of innocence.

"Despite the Pennsylvania Supreme Court's decision, this was an important fight for justice," Allred told ABC News Live. "And even though the court overturned the conviction on technical grounds, it did not vindicate Bill Cosby's conduct and should not be interpreted as a statement or a finding that he did not engage in the acts of which he has been accused."

“I want to commend Cosby’s victim Andrea Constand for her bravery in coming forward and remaining steadfast throughout this long ordeal, as well as all of the other women who have shared similar experiences,” Steele said. “My hope is that this decision will not dampen the reporting of sexual assaults by victims. Prosecutors in my office will continue to follow the evidence wherever and to whomever it leads. We still believe that no one is above the law — including those who are rich, famous and powerful.”

Read the majority opinion of the Pennsylvania Supreme Court ruling below.