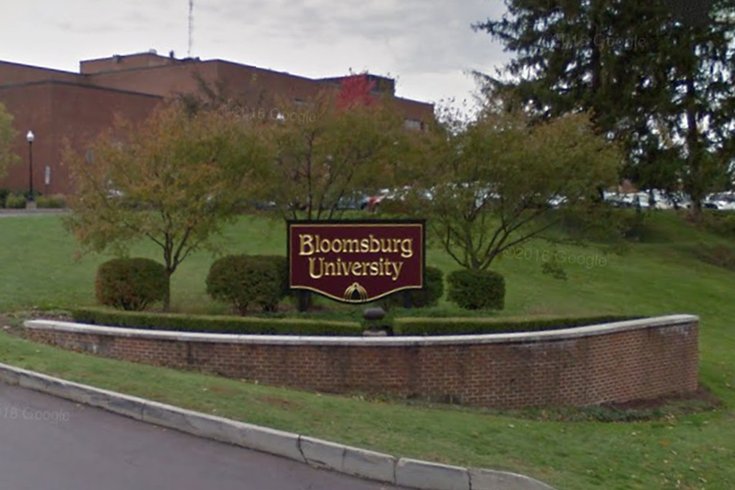 Administrators at a public university in Pennsylvania allegedly retaliated against a business school dean for helping a female executive assistant make a sexual harassment complaint against the institution's president, according to a federal civil lawsuit filed last week.

In the complaint, Jeffrey Krug, who was dean of the Zeigler College of Business and a tenured professor of management at Bloomsburg University, claims his employment was terminated after he helped an executive assistant file a sexual harassment complaint against university president Bashar Hanna.

Furthermore, the suit accuses Hanna and James Krause, interim provost and senior vice president of academic affairs, of conspiring to retaliate against Krug, in part, by spreading false rumors that Krug was having at least three extramarital affairs.

The civil suit filed in the U.S. District Court for the Middle District of Pennsylvania names Hanna, Krause, the university and the Pennsylvania State System of Higher Education (PASSHE) as defendants.

It accuses the defendants of violating Title IX, a federal law which prohibits discrimination or harassment based on sex in educational institutions, and prohibits retaliation based on making a sexual harassment or discrimination complaint or assisting someone else to make such a complaint.

It further alleges deprivation of rights, violation of Pennsylvania Whistleblower Law, and defamation.

Hanna became president at Bloomsburg in central Pennsylvania in July 2017. He was previously the vice president for academic affairs and dean of the faculty at Delaware Valley University in Doylestown.

Jane Doe No. 1 told Krug that Hanna's retaliation included "open hostility toward her, blocking her access to his email and speaking in a derogatory and demeaning manner toward her," the lawsuit alleges. She also alleged that Hanna was engaging in "financial improprieties" and had a "negative attitude" toward a major donor to Bloomsburg University, and his desire to return a major gift to that donor and his wife, according to the civil complaint.

After reviewing Bloomsburg's sexual harassment policy with his sister, who is chief of staff to the president of another university and has "significant knowledge of and experience with" sexual harassment matters, Krug realized he was required to report the alleged sexual harassment to the university’s Title IX coordinator, the lawsuit said. Further, he realized that failing to file a report could result in his legitimate termination under the policy.

On Nov. 13, 2017, Krug and his executive assistant accompanied Jane Doe No. 1 to the office of Robert Wislock, the university’s Title IX coordinator. The lawsuit alleges that after hearing Jane Doe No. 1 describe Hanna's alleged sexual harassment and retaliation, Wislock failed to prepare a written report as required. Instead, the plaintiff alleges that Wislock suggested that she "was imagining” the sexual advances by Bashar, and Jane Doe No. 1 sobbed as she left the meeting. On her return to Hanna’s office, she felt emotionally and physically threatened, the suit contends.

The retaliation against him then began, claims Krug, alleging that desk drawers in his office were rummage and an incident where his assistant, Jane Doe No. 2, was on her work computer and watched as her emails were changed from “unread” to “read,” apparently by someone off-site. Krug reported the incidents to university police.

Krug alleges Krause retaliated by rejecting his business travel, delaying reimbursement of business expenses and demanding that Krug attend meetings that other deans were not required to attend.

Bloomsburg University responded Thursday to the allegations with the following statement:

"On behalf of the State System, the University and the Interim Provost, President Hanna vehemently denies the baseless claims of retaliation and harassment that are strung throughout the document. It is not uncommon for employees who have been terminated to seek this type of recourse through legal action."

"While we do not publicly discuss legal matters, we can affirm that the University and the System remain focused on our students, their futures, and preparing them for success — this is and always will be our top priority."

The lawsuit also alleges that when attorneys for PASSHE interviewed Jane Doe No. 1, supposedly about her Title IX complaint, they focused their interview on her interactions with Krug.

When Krug was interviewed later by the PASSHE attorneys, they again showed little interest in the sexual harassment complaint against Hanna, focusing on Krug's involvement, the lawsuit alleges.

Krug, who suspected his emails were being read, asked PASSHE attorneys not to communicate with him via university email, a request that Krug alleges was ignored by the attorneys. Krug claims the attorneys contacted him by university email shortly thereafter, revealing significant detail from their interview with him, and subjecting him to further retaliation, the lawsuit alleges.

Krug's complaint includes a copy of an email reportedly sent by faculty members at Delaware Valley University in April 2017 to faculty and staff at Bloomsburg while the university considered Hanna's application to become president .

In the email, faculty members alleged that in his prior employment with Delaware Valley University, Hanna was “prejudiced and confrontational to faculty and staff, but particularly toward female faculty and focused on females that held Administrative roles.” It also claimed Hanna “routinely talk(ed) negatively about women and joke(d) about the varying lifestyles they may have chosen.”

The email also alleged that Hanna was “required to take an Anger Management course while at (Delaware Valley University) after inflicting severe and long-lasting mental damage to several that he interacted with.” It further alleged that Hanna was reprimanded for similar behavior while employed at Temple and Kutztown universities.

In spite of such concerns, Bloomburg hired Hanna as president, even though Kutztown also was a PASSHE university, according to the lawsuit.

Krug requests a trial by jury and seeks an amount to be determined at trial, including punitive damages, plus interest, back pay and front pay, plus attorneys’ fees and further relief as the court deems just and proper.