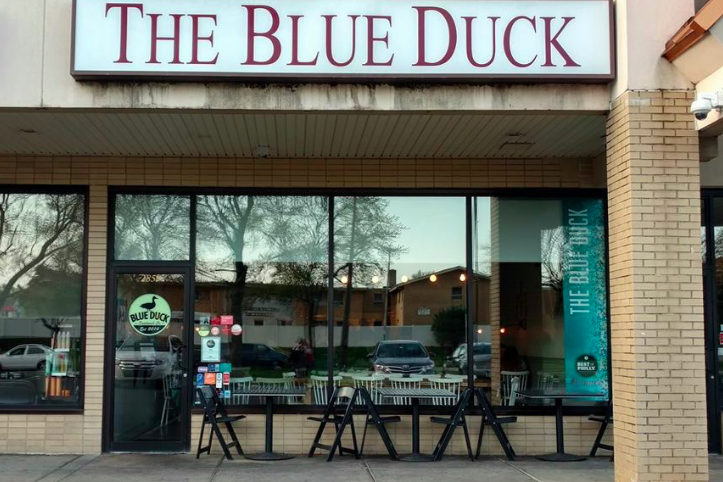 One of Northeast Philadelphia's favorite BYOBs has shut its doors for good, ending a four-year run that saw two expansions in Center City flame out earlier this year.

Blue Duck, located in a strip mall at 2859 Holme Ave., made the announcement Friday in a Facebook post and thanked those who they had the chance to serve over the years.

Blue Duck opened in 2014 as a collaboration between owner Joe Callahan and chef Chris Serviss. The business got off to a running start after its pork roll burger won the 2014 Philly Burger Brawl ahead of the restaurant's opening.

In June 2017, Blue Duck on Broad opened at 220 S. Broad St. and was followed a few months later by the opening of The Ugly Duckling at 212 S. 11th St. in Washington Square West. Serviss left the company last October and both restaurants closed within months of one another earlier this year.

Reports this week indicated that the restaurants were forced to close as a result of debt and a dwindling customer base.

Serviss has since partnered with friend Steve Godfrey to open up Northeast Sandwich Co. at 1342 Bleigh St. in Fox Chase.

"Ultimately, it was the people who made The Blue Duck what it was," the restaurant wrote in its Facebook post. "Whether we saw you for the first time or the 50th, we wanted you to feel like family. We wanted you to dine with us and feel as much love and passion and excitement about our food and our home as we did. To share your stories and to bond over food. It was special and we'll cherish those memories forever."