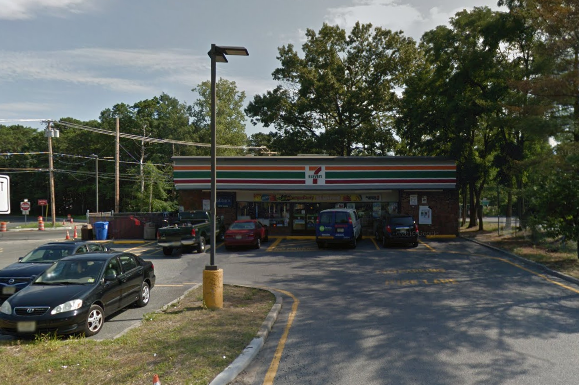 The 7-Eleven store at 1151 Burnt Tavern Road in Brick Township.

A Philadelphia woman was found dead in a parked car outside a New Jersey 7-Eleven store Wednesday evening, according to authorities.

Detectives were called to the parking lot of the store at 1151 Burnt Tavern Road in Brick Township around 7:19 p.m., the Ocean County Prosecutor's Office said Thursday.

Officers saw a blue Honda Accord that was seen in the same spot the night before with a black female in the front passenger seat.

When officers approached, they saw the passenger was now unresponsive and unconscious. An officer forced entry into the vehicle and found the woman deceased.

The woman has been identified as Moiyamoe Foffanah, 21, of Philadelphia.

A search of the vehicle yielded negative results, authorities said. A medical examiner's report for the cause and manner of death is pending.