'She went off the grid, he went insane,' the piece begins 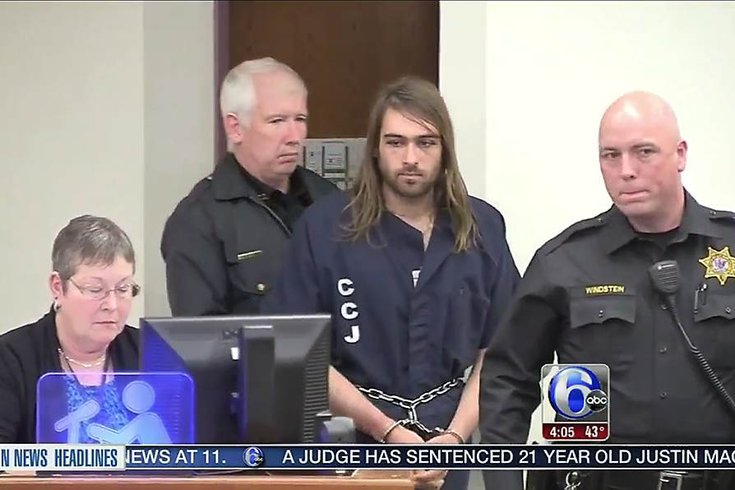 In this frame grab from www.6ABC.com, David "DJ" Creato Jr. walks into a courtroom at the Camden County Hall of Justice on Tuesday for his arraignment on first-degree murder charges in the Oct. 13, 2015 death of his three-year-old son, Brendan.

The case of Brendan Creato – the 3-year-old allegedly killed by his father in Haddon Township – has gone national with a piece Wednesday in the Daily Beast.

And the lead is: "She went off the grid, he went insane."

The Daily Beast piece centers largely on the digital communications between David "DJ" Creato and his then-girlfriend Julia "Julie" Spensky, a Bucks County teen attending college in New York, and the tension in their relationship sparked by her apparent dislike of children.

DJ Creato was charged Jan. 11 with committing "homicidal violence" and killing his son between Oct. 12-Oct. 13.