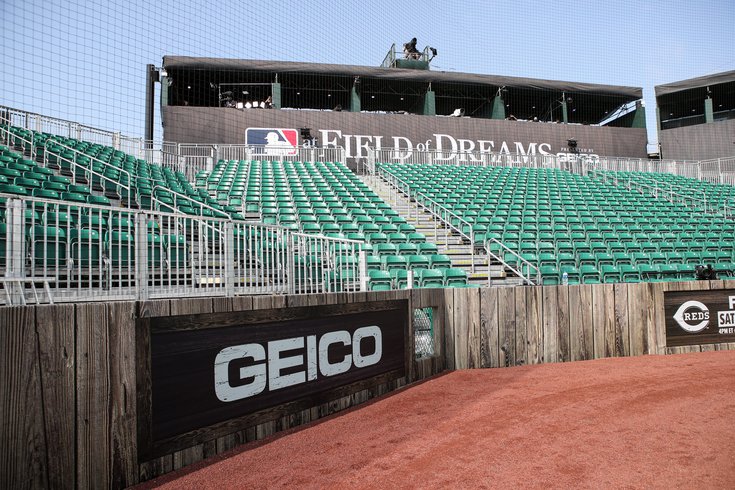 BrightView, a Blue Bell landscaping company, was hired by MLB in 2019 to construct the stadium for its 'Field of Dreams' game between the Chicago White Sox and New York Yankees.

In the iconic baseball film "Field of Dreams," Ray Kinsella tears up his cornfield in response to a mysterious voice instructing him to build a baseball field on his Iowa farm.

BrightView Landscape, based in Blue Bell, was tasked with building the field and installing its bullpens, fences and foul polls.

The project was completed last year because the game originally was slated for last August. But the COVID-19 pandemic postponed the game until this season.

In the meantime, BrightView had to upgrade the irrigation systems to maintain the baseball field and the cornfields that sit beyond the outfield fence, KYW reported.

We sure are excited! https://t.co/VqN1IiM0j6

Founded in 1939, BrightView adopted its current name in 2014. The company specializes in landscape maintenance, development, design and enhancement for commercial and residential properties. BrightView also offers water and snow management, as well as sports turf and golf course maintenance.

BrightView's other notable projects include Independence Mall in Philadelphia and the Little League World Series fields in Williamsport, Pennsylvania. The company is responsible for landscaping maintenance, tree care and water management at Independence National Historical Park.

BrightView, which opened new corporate headquarters in 2019, employs more than 18,000 people across the United States.

For those who haven't seen the film, "Field of Dreams" tells the story of a farmer who builds a baseball field in that attracts the ghosts of baseball legends. The 1989 movie was based on W.P. Kinsella's 1982 novel titled "Shoeless Joe."

"If you build it, they will come" is one of the film's most well-known lines, and it's safe to say that thousands of baseball fans will be coming to Iowa on Thursday to take in the very field that BrightView constructed.