The Live Nation partner features a bowling alley and a restaurant 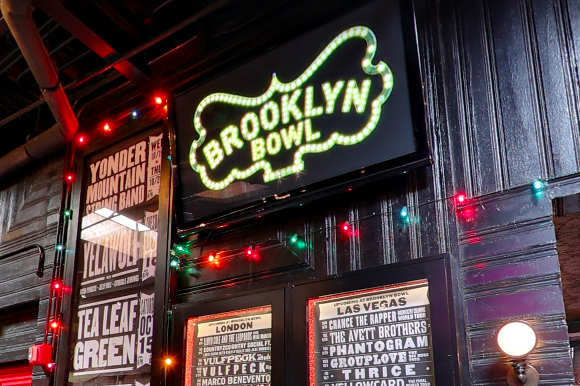 Brooklyn Bowl Philadelphia will mark its grand opening in Fishtown on Nov. 4, adding another live music venue to the area. It also will feature bowling and a restaurant.

As Philadelphia's live music scene continues to emerge from the slowdown of the pandemic, Fishtown will welcome Brooklyn Bowl to an already vibrant district of venues next month.

The 1,000-capacity concert venue, a Live Nation partner, opens Nov. 4 near the Fillmore Philadelphia and The Foundry. Located in the former home of Revolutions Philadelphia, the venue also includes a bowling alley and a restaurant.

Brooklyn Bowl released a list of 30 artists who are already scheduled into next May, beginning with a two-night, grand opening run with Bowlive featuring Soulive and George Porter Jr.

DJ Questlove and DJ Logic also will perform during the first two nights.

Brooklyn Bowl opened its original location in Williamsburg in 2009, combining bowling alleys with live music and dining. Additional locations in Las Vegas and Nashville have since opened.

Live Nation's collection of Philly-area venues includes The Fillmore Philadelphia and The Foundry, The Met, Punchline Philly, Theatre of Living Arts, the Mann Center for the Performing Arts, the Tower Theatre in Upper Darby and Camden's BB&T Pavilion.

Tickets for the first run of shows at Brooklyn Bowl go on sale at the venue's website Friday at noon.