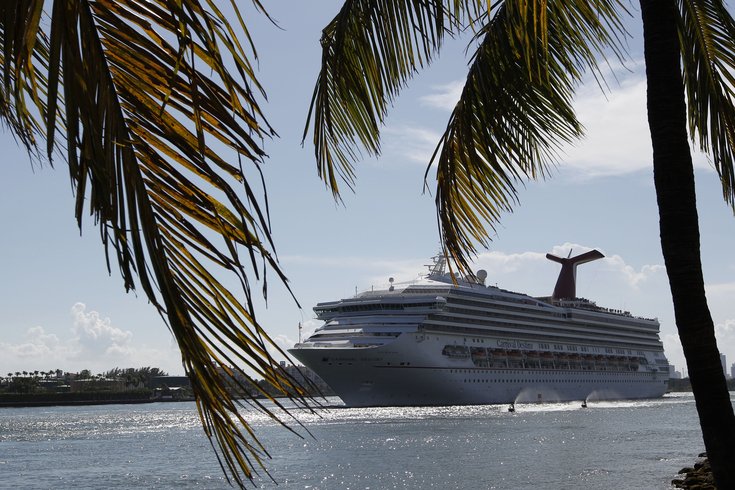 The cruise ship Carnival Destiny passes the southern most point of Miami Beach, Fla. as it heads out to sea.

Carnival Cruise Line has announced its plans to ban passengers from bringing beverages in carry-on bottles onto its ships, USA Today reported Tuesday.

In an effort to stop alcohol from being smuggled aboard its ships, Carnival will effectively ban carry-on bottles beginning July 9.

Passengers will be permitted to bring a single bottle of fine wine or champagne. Any other beverages must be packaged in unopened cans or cartons, with no more than 12 packed in carry-on luggage. Coolers brought aboard must measure 12x12x12 or less.

In a letter being sent to passengers, Carnival said bottled beverages have become a prime means of bringing unauthorized alcohol on cruises. The line claims inspecting a growing number of bottles was bogging down embarkation, and that episodes of bad behavior on ships often trace back to smuggled alcohol. The letter also explained that cruise personnel cannot effectively monitor consumption of alcohol that isn't sold on the ships, it said.

"We sincerely apologize for any disappointment these changes may cause," said the letter, signed by Arlene Marichal, senior director, solutions and special services. "However, we firmly believe this will result in a safer environment while also improving the embarkation process and the overall guest experience."