Carson Wentz is Eleven, and other Eagles players as 'Stranger Things' characters 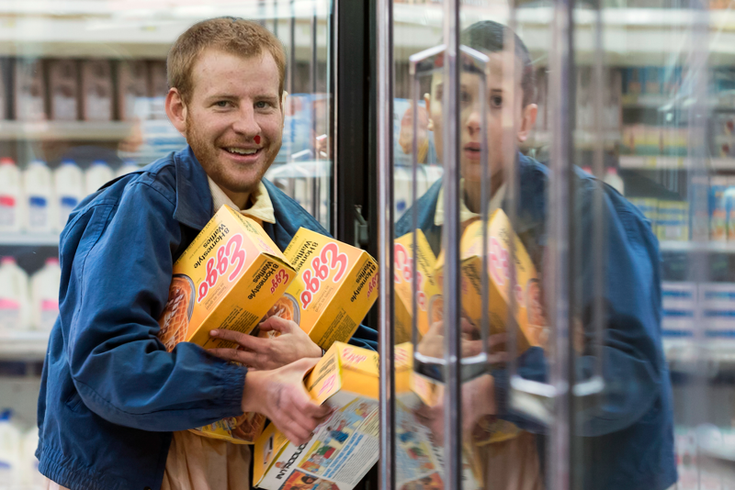 Following their 34-24 win over the Washington Redskins on Monday night, Philadelphia Eagles players –and fans, for that matter – were again left in awe of what their quarterback is capable of doing.

"He must have Spiderman vision," added Alshon Jeffery. "He’s great.”

Only in his second season, Carson Wentz has been turning heads with his ridiculous play, whether that's connecting for a long touchdown or making something happen with his feet. And while those characterizations of Wentz's game may seem a little hyperbolic, just take a look back at that 17-yard scramble against the Redskins and try to tell me there wasn't some sort of magic or super power at work.

On Friday, another young star with special powers returns for her second season. She also happens to share a moniker with the Eagles quarterback.

That's right, Eleven is back in the much-anticipated return of "Stranger Things" on Netflix, and I couldn't be more excited.

If you haven't watched the first season, stop reading, because there are most definitely spoilers ahead. Also, what's wrong with you? Go watch it immediately and then come back and finish this post.

If you have watched, then you've probably made the Wentz-Eleven connection before, but the parallels between the Eagles and the town of Hawkins, Indiana don't stop there. This one’s a no-brainer, and if we’re being honest it's the whole reason I thought of doing this post in the first place. For much of this season, Wentz has been playing like he has superpowers, the kind you wouldn’t expect in a kid so young.

And while he may have been born with those abilities, he was only able to unleash them with this kind of power after years of training and practice. In a way, it's almost like he's learning about the extent of his super powers as we go along. It's been impressive to watch.

The rest of the NFL - The Demogorgon

That's what Eleven's really up against, right?

If Carson Wentz is Eleven, then Eagles fans are Will Byers – trapped in a dark universe where their team is still without a Super Bowl title. It looks like the real world, only it's not.

And the longer they’re there, the harder it’s going to be to adjust to life on the outside, assuming Eleven and Co. are able to come to the rescue.

That's right, there are others; for as powerful as Eleven looks, it’s going to be almost impossible to do it without some help.

Like any good parent, Joyce just wants to bring her kid home by any means necessary, even if that means listening to his cryptic messages from another dimension. And Doug’s no different – it's just that his "kid" is Eagles nation and "home" is a Lombardi Trophy.

Think about it. After the first two weeks of this season, when the Eagles were 1-1 and had no ground game of which to speak, Pederson received the EXACT SAME ADVICE that Joyce got from Will.

They haven't lost since.

Furthermore, there were many skeptical of Winona Ryder prior to this performances. But maybe the role of the manic mother was one she was born to play, because she was great – and won a lot of skeptics over in short order. Just like Doug...

Of all the guys in this group of friends, none has a closer bond with Eleven. I mean, you'd have to be blind not to see the special connection he has with his tight end.

Do we have a budding bromance on our hands? No doubt. 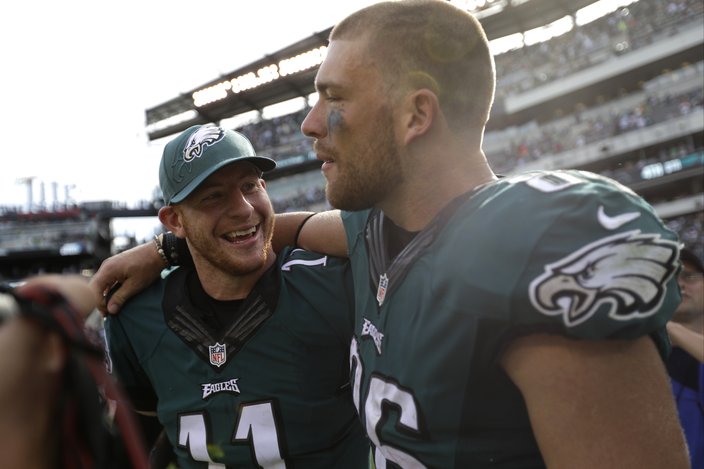 Find someone who looks at you the way Eleven looks at Ertz.

The new kid on the block, Dustin only somewhat recently arrived in Hawkins, but he quickly became a mainstay of the group. It's not hard to see why. He's extremely clutch.

Being a surprising fan-favorite isn’t the only thing that Elliott has in common with Dustin – they’re both physical oddities. Dustin has his teeth and that weird thing he does with his elbow; Elliott has a cannon attached to his right leg.

No team is complete without its defense, and that’s what it feels like Lucas is doing for much of the show – playing defense against the rest of group. While his disagreements with Eleven may have left him a little banged up, that was only practice.

When push comes to shove and it’s time to actually fight, it won't be against one another. Lucas will be right there by their side, wrist rocket and all.

He can come off as grumpy – some may even say he has a short temper – but maybe that's because he once had a child team of his own and that child team was taken from him after just a few short years. Sure, his motives may be questioned at times, but if you're hoping to be rescued in the near future, you're going to need his help.

I also imagine him coming into the office on Monday and telling everyone to leave him alone because...

I guess that means the Eagles assistant coaches are Officers Powell and Callahan. 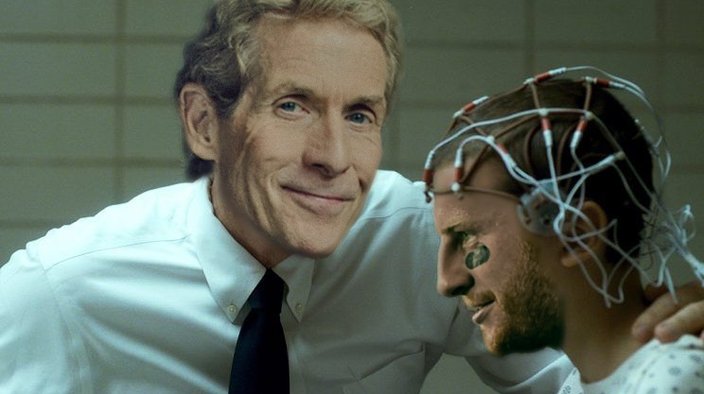 The Demogorgon isn't the only monster in this story. People like Dr. Brenner can never be trusted, because it's impossible to know if they're telling the truth – or just saying something to incite a response.

"When I watch Wentz, I see deer-in-headlights…I don't see the command for playing that position that I always see in Dak."— @RealSkipBayless pic.twitter.com/vTilPDohPf

But those who try to test Eleven should be careful. Whatever doesn't kill him, only makes him stronger.

Flashy. Cocky. And not great at first impressions.

But right when you thought he couldn't do anything worse, at what must've been his personal low point, he does something like this and TOTALLY redeems himself.

That was Agholor's version of grabbing the rat stick – clearly their inspiration for that weapon came from Charlie Kelly on Always Sunny – and beating the Demogorgon into submission.

He was starting to look like a liability, but quickly turned into a weapon. And that's a good thing, because Eleven is still going to need a little bit of help.

The offensive line - Jonathan and Nancy

While Eleven and the boys (Mike, Lucas and Dustin) are being chased by Dr. Brenner, and Joyce and Hopper are searching for a missing Will, someone needs fight in the trenches, which is just what Jonathan and Nancy do. They have a game plan, a box full of tricks, including a bear trap, and don't seem to be afraid of a little blood.

They may not get a ton of credit for the work they put against The Demogorgon because they didn't actually kill it – that was Eleven, of course – but they should. Nancy and Jonathan were the ones keeping the monster occupied, and, more importantly, away from those trying to rescue Will.

Never really a threat – and often the punchline – it's safe to say Barb wasn't popular in this town. Let's face it, she was annoying, right up until the very end. But after being sidelined by an injury, she suddenly disappears.

Eventually we find her in a new role, trapped in The Upside Down and without a Super Bowl, just like the rest of us. Then, and only then, did we allow Barb to become a fan favorite.

Someone needs to act like the narrator and tell us what's happening, and few have ever been better than Mr. Clarke, with his whole thing about the flea and the acrobat. And when you're feeling down about things, a few encouraging words can go a long way.

Like most teachers, Merrill is only in our lives for a few hours a week. But like the truly great ones, he'll remain in our hearts forever.

So will Wentz and the rest of his team be able to save Eagles fans from The Upside Down? Depends on if there are enough Eggos to go around.