On average, guests paid nearly 10 percent more for a room over the same period in 2017 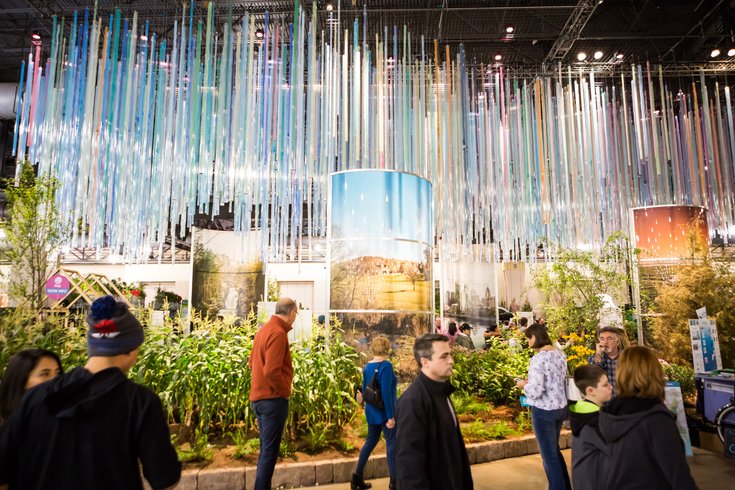 Visitors check out the Windows of the Watershed exhibition at the 2018 PHS Philadelphia Flower Show.

Hotels in Center City enjoyed a record occupancy rate in the first quarter of 2018 on the strength of conventions and special events in the city, including the Philadelphia Eagles' run to the Super Bowl championship.

The 73.1 percent occupancy rate enabled hotels to charge more for their rooms, driving room revenue to $135 million for the January-to-March period. Hotels saw a $19.9 million increase in revenue for the first quarter, a 17.4-percent increase over the same period in 2017.

“Tourism is Philadelphia’s second-largest employment sector and it is essential that the city attract visitors not only during peak tourism months, but year-round,” said Julie Coker Graham, president & CEO of the Philadelphia Convention and Visitors Bureau (PHLCVB), in a news release. “To support the industry, we work to attract meetings, conventions and sporting events that increase hotel occupancy and drive rate. During the Eagles’ historic Super Bowl run, we had citywide events in town which created compression in the market and allowed hotels to increase their rates, ultimately resulting in an unequivocally strong start to 2018.”

During the period, hotels saw their occupancy rates increase 5.1 percent over the same period in 2017.

Compression in the market – the industry term for when a hotel is nearing full occupancy – allowed hotels to hike their room rates, increasing the average daily rate to $173, up 9.6 percent year-over-year. Revenue per available room rose to $127, a 15.1 percent hike year-over-year.

The PHLCVB, which is the primary sales and marketing agency for the Pennsylvania Convention Center, attributes much of the success to conventions and events, which drove about 66 percent – or $13.1 million – of the year-over-year room revenue growth.

The period included two home playoff games for the Eagles and the Super Bowl victory parade as well as the Philadelphia Auto Show and the Philadelphia Flower Show, two major events hosted at the convention center.