By Hayden Mitman
PhillyVoice Contributor
Blast from the Past Media 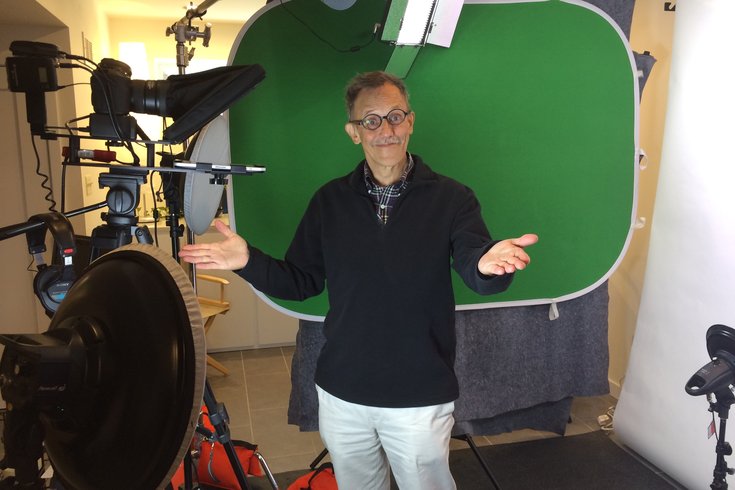 Veteran TV reporter, Don Polec, at his studio at SunBlossom Entertainment, a Doylestown-based video production company he founded with his wife, Ann Marie.

If you've been a regular viewer of Action News in the last three decades, you probably know Don Polec.

And though his days on local TV news in Philadelphia are over, he still traffics in the unusual.

PhillyVoice caught up with Polec at his Doylestown-based production company, SunBlossom Entertainment, which he founded with his wife, Ann Marie. He chatted about his new, international show, "Exploring Quirky," how he got his start in the TV news business, his career in Philadelphia and living with kidney disease.

FROM RADIO TO BURGERS TO TV

While a student at the State University of New York at Geneseo, and then for a period after gradation, Polec worked as a disc jockey at a rock and roll station. He lost the job after about a year or so, and soon took a job as the assistant manager of a Burger King restaurant in his hometown of Buffalo, N.Y.

He said working at the fast food chain "gave me time, to say, alright, let me figure out what it is I want to do ... I decided, OK, I'm going to go for it, a career in TV or radio. So I put together a resume and I was really challenged because I had nothing to put on it."

With nothing other than his short time in radio and communications degree, Polec decided to produce a resume that would "wow" prospective employers with "flash and trash." He made a job "Wanted" poster.

"I put a tiny little word 'employment' then I put a real big word 'wanted,' and there's a mugshot of me," he says, recalling the photo featured detailed his height, weight and fictional criminal record. "I made up a bunch of things .... Operating a vehicle inside of a church, I was convicted of that. You know, just ridiculous things. But hidden in there was information that, yes, I did graduate with a degree in communications and yes, I did work at a radio station."

He didn't send out his resume right away. While the posters were ready to go at the end of March, he held off until after April 1 to send them out, lest they be taken as an April Fools' joke.

(In 2009, he left Action News on April 1. "I thought that would be kind of cool," he says of bookending his TV career with April Fools' Day.)

"A lot of people would come up to me and say, 'Hey, how you doing?' I would be the kind of guy they'd want to have a beer with." – Don Polec

Polec ultimately sent the resume to local and national radio and television stations; he heard back from WKBW-TV, an ABC affiliate in Buffalo. But there was a caveat. While Polec had requested work as a cameraman, the station said it needed something else. It wanted to hire him to do "stories that were funny and cute."

"I said, 'Yeah, absolutely, I can do that.' And, that's how it started," says Polec. "It's how my mind thought anyway, in terms of creating stories on film, editing them together and presenting a subject with a little bit of whimsy."

He did that for about five years for the station, and then decided he was ready to get out of Buffalo. CapCities didn't want to lose him, so Polec was moved from to its Philadelphia affiliate, Channel 6, just like longtime anchor Jim Gardner before him and former weatherman Dave Roberts after him.

"I never covered the fires or the murders or the corruption trials," Polec says.

When he made the move to Philadelphia in 1982, Polec was handed his own segment, "Don Polec's World" — a name he didn't come up with.

"It was given to me. If I thought it was important, I would have thought of something more clever," he jokes.

Only on TV for about six minutes a week – two-minute features aired three times a week – viewers found his stories memorable.

Finding topics for his unique brand of storytelling, Polec said, was never very difficult. Press releases would line his inbox, pitching events clever or "wacky" enough to deserve a look under Polec's microscope. His goal was to feature people who were off-beat, but didn't realize they were odd.

"My favorite stories were ones where people were doing something really unusual, but to them it was no big deal. They weren't saying 'Hey, aren't I wacky?' Well, no, it was just part of their normal existence," he says.

One his most memorable stories was about a church and the pink flamingos it used as a way to raise funds.

Polec said the church — he's since forgotten the name and location — was holding a fundraiser that allowed parishioners pay to have pink flamingos put on the lawn of a fellow parishioner in the middle of the night.

As Polec recalled, the targets of the prank would then have to make a $25 donation to the church to have the plastic birds removed. For $50, parishioners could buy "insurance" to keep the flock from showing up on their lawn in the first place.

"It was a shakedown. We did it like the 'Godfather.' Like, you're buying protection. The preacher at this church, he was straight out of central casting. We gave him the idea ... and he goes, 'I know what you need.' He'd smoke a cigarette and go 'I know my parishioners will help us out because they are good people...." Polec relates in his best Marlon Brando impression.

"So, it comes out, and it's ready to air on the very first day of the decade-long church priest molestation story. And, that just sunk it. We couldn't air it for days and days."

His time in Philadelphia was memorable, because residents made him feel welcome, Polec said.

"[Viewers] were paying attention when I was on, because they knew they might get a chuckle out of it or they might get a smile or they'd learn something they didn't know before," he says. "A lot of people would come up to me and say, 'Hey, how you doing?' I would be the kind of guy they'd want to have a beer with.

"I loved the fact that Philadelphia always felt like a very intimate, small time, neighborhood-y feel. It wasn't full of itself in a cosmopolitan way. I miss a lot of the great people I worked with at [Channel] 6. It was a lot of fun."

Even before he left Action News Polec was living with kidney disease. Now dialysis is in his near future without a kidney transplant. He's been on the list for a donor kidney for two-and-a-half years, he said.

"Regular doctor checkups, medication and watching what I eat have slowed its progress, and I'm still feeling good," he says, elaborating on his medical condition in an email. "By getting the word out, my chances of finding a living donor are obviously a little better."

Polec's mother died of polycystic kidney disease when he was 11, and he learned about 20 years ago that he also had it. The hereditary disease came as a "direct result of choosing the wrong parents," he joked.

He performs volunteer public relations work for the National Kidney Foundation. Last week, Polec served as honorary emcee for the foundation's Sixth Annual NKF Golf Classic at the Huntingdon Valley Country Club. He said that anyone seeking to learn more the foundation or kidney disease, to visit kidney.org. 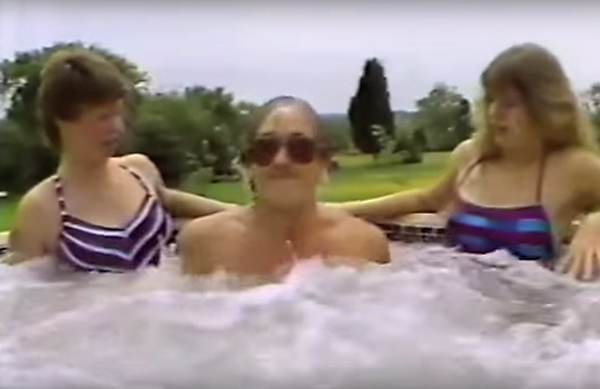 Don Polec worked for Action News in Philadelphia for 27 years, retiring in 2009. "I miss a lot of the great people I worked with at [Channel] 6," he says today. "It was a lot of fun."

Meanwhile, Polec produces his new show, "Exploring Quirky," a vehicle to investigate interesting news stories and factoids, using the East Coast as a backdrop for a show that can be seen in far-flung locales like Hong Kong, Singapore, New Zealand and Belarus.

But don't expect to see it in the United States.

Polic and his wife took the show to a distribution company in London, and it has spread around the world. His old fans are most likely to catch the show on back-of-the-seat screens on international flights.

The idea for the new show was hatched after he left Action News.

"I left the station and thought I would help [my wife] out and join her...We initially started doing reports like I did for Channel 6 and I thought I would ... sell those to stations around the country," he says.

For a time, he said, he was doing stories for ABC's "Good Morning America."

"But this is right at the pit of the recession. We made it to a couple of cities – Cleveland, Buffalo, Providence, you know, Scranton. On these stations it was airing, but it never really took off the way we hoped."

Eventually, however, they had the idea to compile a number of segments into full half-hour shows.

"I had 150 of these stories laying around, and I go, 'What can I do with these?' " he recalls. His wife suggested packaging the quirky tidbits into a 30-minute show.

So far, Polec said, the show has been relatively successful and he hopes to continue producing the program, while still working with his wife on SunBlossom Entertainment, a provider of video services to corporations.

"It's not retire-to-Tahiti lucrative, but that's the thing, we have to do something else to keep the lights on. And we figure corporate marketing is such an up-and-coming tool in video, you know for the web and everything else. It's becoming so prominent on web sites.

"Video boosts your Google rankings," he continues. "We try and impress on people that the video needs to look good."

So what is amusing the master of offbeat news these days?

His fact-finding journeys has yielded a few gems, he said.

One, he said, involves "fainting goats," a harmless phenomenon seen in goats with a hereditary condition known as myotonia congenita. Startle one of these goats and watch them faint for a few seconds, Polec said.

"It's hilarious. If they are running in a field and they suddenly see something they think is a predator, they will fall over," he says.

A co-worker didn't react much to the story, Polec said. The goats, it turned out, were common to Kentucky, where she had grown up, he said.

"To her it was nothing. I said, 'You never thought of mentioning something like this before so I could do a story on it?' People don't realize how interesting their lives are a lot of times."

The story is a perfect example of finding a topic that some find normal, and many others find intriguing, he said.

Polec then turned to the Far East for another example of quirky, which he has not yet covered for his new show: the language barrier between those who speak Japanese and Chinese.

"If a Japanese businessman were to ask for a ride from a taxi driver in Beijing, China, what would the taxi driver say?"

"Nothing, he's Chinese, not Japanese. They can't understand [each other]. It's two different languages," Polec explains. "But if the Japanese business man wrote down, in Japanese, 'take me to a hotel near the business district but kind of on the outskirts' and showed it to the Chinese taxi driver, the taxi driver would go 'Oh, not a problem.' Because the written language of Japanese and Chinese is the same. It's the spoken language that's different."

"This is the kind of thing that people go, 'I didn't know that! Hey Mabel, did you see that?' " Polec says.