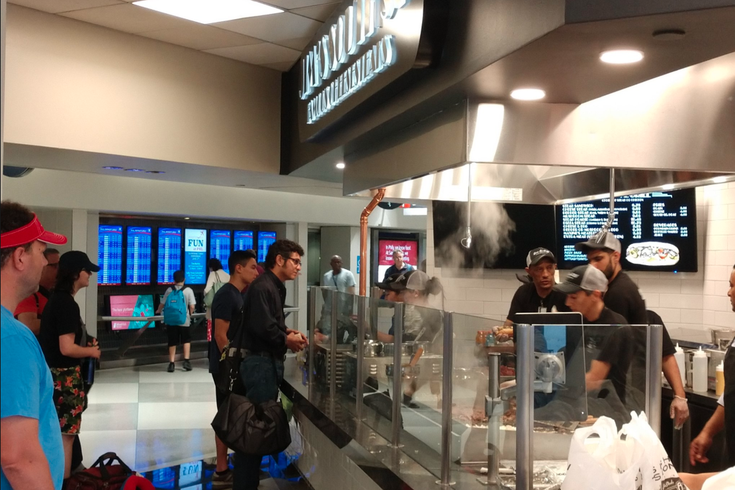 Now, travelers can get their cheesesteak fix before they leave the city, or if in Philly for a quick layover.

Jim's is one of the Philly originals. It opened in 1976 on South Street and has been serving some Philadelphians' their favorite wiz wits since. It's also home to the "Philly Taco," which won't be available in the airport, obviously. Unless Lorenzo's & Sons moves in, too.

A Store is born! Welcome to the world Jim's South St. at the Philadelphia international Airport Terminal C. pic.twitter.com/qle5sYBwoB

I wouldn't dare say that Jim's is the *best* cheesesteak in the city or even state my own preference for fear of retribution, but it's been highly ranked by Bon Appetit, Philly Mag, Thrillist, and Eater in the past.