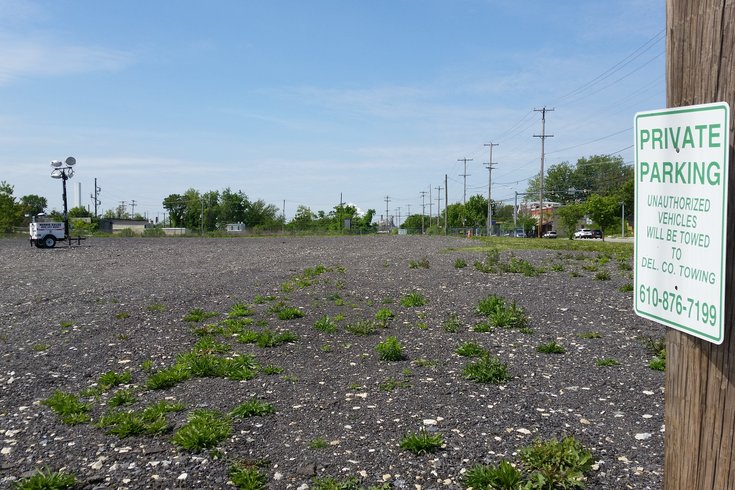 The Union and the city of Chester are currently involved in a lawsuit with the owners of private parking lots surrounding Talen Energy Stadium.

The Philadelphia Union play their home games in a city that is currently going through a commonwealth-run financial recovery program.

Nafis Nichols, a five-year Chester councilman, resigned his position last year to become the city's Chief Financial Officer, a role created by the state as part of that initiative, known as Act 47.

In part one of a sit down with Nichols, we spoke about waterfront development near Talen Energy Stadium and the city's relationship with new Union leadership.

In part two, we discuss taxes, parking, and the Union PILOT program.

PILOT is "payment in lieu of taxes," and in this case refers to an agreement reached when Talen Energy Stadium was built. The Union do not pay property taxes, instead, the team gives Chester a lump sum of money that goes toward a 30-year, county-issued bond that helped finance the stadium.

A few years back, the Union asked for a grace period in meeting those payments, which were $500,000 per year for the first five years. The payment is now $150,000 per year until 2040 when the stadium lease is up.

Nichols addressed that in the second part of our sit down.

PhillyVoice: You mentioned the amusement tax and business purpose tax. Can you tell us specifically what services are affected and what specifically has been altered?

Nichols: "The amusement tax was a recommendation from the financial recovery team, which is state appointed, in an effort to help the city balance its budget by 2018, in an effort to exit Act 47. With the amusement tax, we'll be able to use the tax dollars for general operating expenses. But, again, we felt that we wanted to be business friendly and look at alternatives to generate the revenue that was proposed from that tax. The revenue proposed from the tax was about $400,000. We felt that if the Union started some projects, or other developers started projects, that we could either get $400k or exceed that and that we wouldn't have to propose another tax. We don't want to be an authority that taxes businesses where they're not profitable. We want them to be profitable, and at the same time maintain our bottom line and ensure that essential services are provided to our constituency as well. As it pertains to the business purpose tax, the council has to set that tax every year. It is one of the highest in Delaware County. But, for the first time, the city has reduced it. In the past, they've only increased it. What we're saying is that if we reduce the tax, it may entice developers to come in and do some business here. We want them to be profitable and we're trying to find that happy medium between business and government."

PhillyVoice: The parking lots around the stadium – it's been an issue for awhile now, going back to the days of Nick Sakiewicz and Mayor Linder. There were tax concerns and public comments made about that. What's the current situation with those private lots and what do you think is the most beneficial situation for everyone involved?

Nichols: "There's some pending litigation there, so I can't comment on that. I guess a blanket statement is that we want to see the 291 corridor fully developed with commercial, residential, and fun activities to families to come to Chester and enjoy. That's what I would say."

Note: The Union and Chester are fighting a lawsuit filed by an independent parking lot owner at the stadium, alleging collusion in an effort to undermine their business. The company, T.I.B.C. Partners, lost the lawsuit but is currently appealing. No development can take place between the stadium and Industrial Highway until the parking lot issue is resolved.

PhillyVoice: Fair enough. Job numbers at Talen – there are Chester residents working part-time jobs there. Are you happy with the work opportunities down at the stadium, or can that be improved?

Nichols: "It can always be improved. We always like to see job opportunities that aren't just (in) season, but year-round. We can't necessarily fault Talen Energy Stadium for that, because they're in the business of having events, and it (can't be) 365 days a year. What we would like to know is, what can the city do to bring more events to their venue? The more events they have there, the more our residents are able to work. They had the rock concert last year, which was great. It was a two-day event, and that's two additional days for residents to work. We want to see things that will bring more job opportunities and give people more chances to work, of course, but we're very grateful and appreciative of the opportunities they currently have with the stadium."

PhillyVoice: "The PILOT program, there were some issues a few years ago where the team asked for some more time to pay back the money owed to the city. Those were resolved.

PhillyVoice: That was through 2014, now the number changes for the rest of the lease, which ends in 2040. Is that enough money to pay back that bond?

Nichols: "There's never enough money. But that's a deal that predates myself and the Union leadership. It's a deal that they weren't involved in. We're not happy about the deal that was struck by prior administrations because, no, it's not enough to cover the debt service or the contribution to the county's debt service. It's just not enough. This year we're going to bring in $150,000. The debt service is $444,000. The idea behind it was that this massive project was going to take place. All of this economic development was going to take place and the city was going to benefit from the tax revenues from those other parcels of land that would have been developed. I think they probably thought that would have been enough to take care of the agreement between ourselves and Delaware County. Unfortunately, no further development has happened. The city is coming up short, of course. Well, let me not say 'short.' There's a deficit there because we're not bringing in enough revenue from the stadium to cover costs associated with the stadium. I'll say it that way."

PhillyVoice: "So how do you solve that?"

Nichols: "In the meantime, we're using other revenue sources to cover the difference between the PILOT payment and the contribution to the county. Again, the recovery team, in their thought process, that's where the amusement tax came in, to say, this additional $400,000 comes in to kind of make up the balance between the PILOT payment and difference in contribution to the county."

PhillyVoice: Last one for you then – Union fans have done some things around town. There's Coats for Chester, the work with the Bernardine Center, the Union Foundation's playground build back in 2012. Is there anything, realistically, that the greater Union community can do to move things forward on the waterfront and in Chester?

Nichols: "The city and residents are very appreciative of the Union foundation. They built a beautiful playground. They've done great outreach events. Our residents want to be – and I don't want anyone to take this the wrong way – kind of 'at peace' when there's a game. We have some seniors that live around the stadium. They're senior citizens, right? They've paid their dues. They want to be able to park in front of their house, go in, and do what they need to do without having to come out and pick up litter, or anything like that, because people will walk from their car to the game and (leave trash). I think just being good neighbors, or just conscientious that some parts of (the waterfront) are residential areas. But we are appreciative. And if they can put more pressure on the leadership of the team to say, 'hey, we want restaurants when we come here, we want other activities when we come here,' then that would be greatly appreciated from the city's standpoint."

I asked Jay Sugarman what he can do to get more fans from Philly to games. His response included a new train station & waterfront "campus." pic.twitter.com/8BAqSBr1Fa