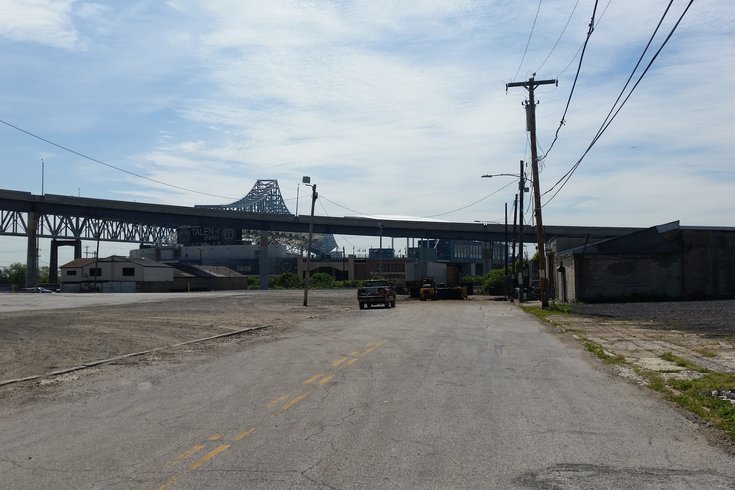 The 2008 recession resulted in the cancellation of plans to build restaurants and retail outlets along the Chester waterfront adjacent to Talen Energy Stadium.

Nafis Nichols has one of the hardest jobs in Pennsylvania, but it's one that he accepted willingly.

Last September, Nichols resigned his position as Chester's deputy mayor and a councilman, taking on a new role as the city's Chief Financial Officer. The job was created by the commonwealth as part of the Act 47 Financial Recovery Plan, a government program that helps struggling cities find their way back to solvency.

It's resulted in a new relationship between the city and team, one that has not been stellar in the past due to a combination of political upheaval and economic shortcoming, namely the 2008 recession that crippled plans to build restaurants and retail outlets next to Talen Energy Stadium.

The original business agreements involving the Union were drawn up while Republican mayor Wendell Butler was still in charge. In 2011, John Linder and the Democrats won control of Chester after 16 years of GOP leadership, resulting in a clash of ideas between the new city leaders and Union ownership.

I had to chance to sit down with Nichols to talk about that, plus related topics.

PhillyVoice: You go down to the stadium and there are two practice fields and a brand new training facility. Otherwise, not much else is different. Where are we with the waterfront in 2017? 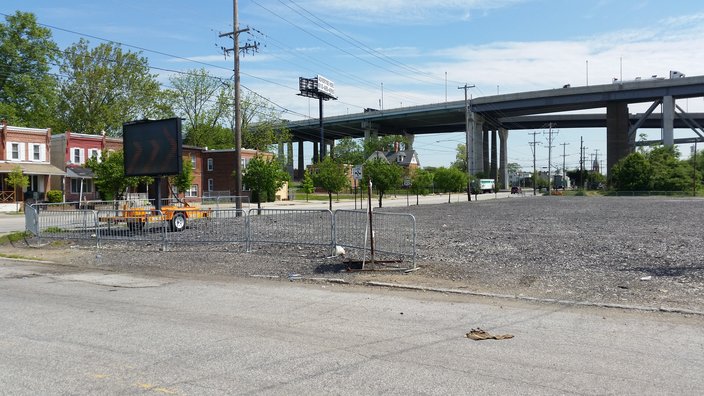 Nafis Nichols: "We're always having consistent conversations with different developers and individuals, including the Union, about the waterfront and how we want to see it develop. I actually just left a meeting with (the Kimberly-Clark Corporation), myself, Mayor Kirkland and city council, to talk about some projects that are proposed for the other end of the waterfront, not necessarily the typical economic development that you'd see, but some sort of economic development on their current, existing property. We're excited and always eager to get individuals in, to have those types of conversations. Things are coming in the future. CEDA, which is our economic development arm, they're doing some land banking, so to speak, near the stadium, to put parcels of land together so we can make it more marketable for potential developers."

Note: The Kimberly-Clark plant is on the waterfront between Harrah's and Talen Energy Stadium. The company manufactures personal and health care products.

PhillyVoice: So where do you even start? Is it about getting one store, one retailer to make a commitment, take the leap, and then things will hopefully follow?

Nichols: "That is our belief, that one individual can get this thing started and that people can see the spark that we all see here, and the things that we want to see for the waterfront. We want to see the commercial and residential piece at the waterfront. We've also had some very preliminary conversations with members of the (Union) about them jump-starting some things that they had initially planned to do before the market tanked. We've had some preliminary meetings and we're hopeful moving forward. I'm sure you're going to ask, so I'll just put it out there – the city, we did pull the ordinance around the amusement tax. That would have affected not only the Union, but also Harrah's. We did that because we wanted to have some fruitful conversation with those businesses down on the waterfront, to talk about how we build up, knowing that once we get shovels in the ground, that it sparks economic development, which then sparks tax revenue for the city, which will allow us not to have to impose another tax to meet our financial needs that we're experiencing. That was the recommendation of the recovery team. I'm sure you know about that as well. The recovery team is sitting on our shoulders, ensuring that we can enact Act 47 in a timely manner. Pulling that tax back in late December, it really started the conversation between us and the Union about how the waterfront is developed. Those conversations are ongoing. We had a meeting with their leadership, the board, the Buccini brothers, Mr. Sugarman, and some others, to talk about the possibilities."

PhillyVoice: In the past, it was said publicly that the relationship between the team and the city wasn't great. Nick Sakiewicz was working for the Union at the time. Mayor Linder said, when he came to office in 2011, that he was looking to kind of "redefine" and understand that relationship. He had taken over as a Democrat after many years of Republican control. Where is that relationship right now?

Nichols: "I'll say this: both of those individuals, Nick is not with the team anymore and Mayor Linder is not with the city anymore. So I think the leaders that are in place now are working more consistently and closely together to overcome the obstacles that we've had in the past. I believe that the relationship is very productive. This year, ahead of opening day, we were up in Philadelphia being supportive of the Union and we've continued to be supportive. And they've been continually supportive of the city under Mayor Kirkland and other leaders here. I'll go on record by saying that the relationship is pretty solid and much, much better than it was in the past."

PhillyVoice: Let me ask you this – we all know about the 2008 plan with the retail and restaurants and the development that was scrapped when the economy crashed. When it comes to development, whose responsibility is it? Is that the team responsibility? Is it yours? Is it somewhere in between? 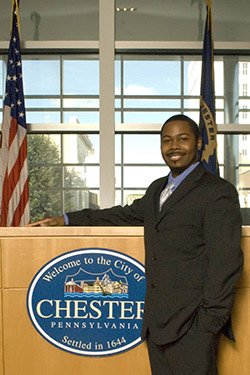 Nichols: "It's a collective effort for us to get this thing going. The city, I think, made a very... (pause), we did something that the city hasn't done in many years. We actually reduced the business purpose tax in 2017 to show that we're more business-friendly than ever, and that we want development to happen here. It was a way to entice developers to come in – including the Union – to do things that we feel are needed to spark economic development in Chester. Economic development, in my opinion – well, not my opinion, but from my vantage point as a CFO – will be beneficial not only to us, but also to the Union. We want Union fans, when they come to Chester, to have a memorable experience. We want them to see national brands, so they not only come down for a game, but maybe spend a day or two in Chester, which would be beneficial to the Union, because – and we talk right now more than we've ever talked – but up to this point, so far, they haven't (filled the stadium) to capacity for whatever reasons. But even if the team is still developing to be a winning team - and we want them to be a championship team, - an experience that is (also) surrounded by economic development, we want that to be equally beneficial to all parties."

PhillyVoice: "The gameday routine usually involves some family driving in from the suburbs. Let's say they live in Radnor, right? They go to the ACME in Radnor and buy food for a tailgate. They drive to Chester, get off at the stadium, eat their Radnor-bought food, watch the game, then get back in their car and drive home. How much does that bother you?

Nichols: "We want you to come to Chester to spend a day and get a great experience. If you're going to tailgate, use the supermarkets we're proposing for the city. If you want to dine, we want you to sit at a restaurant here in Chester. If you want a mature beverage and experience, we want you to have that here in Chester. In order for us to do that, again, it's going to have to be a collective effort with the business community, law enforcement officials, government, and residents to ensure that experience happens here. There are so many negative perceptions that people have of this city and we want to change that. We want you, when you come here, to say, 'Chester is not what I read about in the newspaper or see on TV.'"