Chester County, the wealthiest in the state, launches new initiative to combat homelessness

Organized by the county's Department of Community Development, the partnership aims to make the public more aware of available resources and end the stigma associated with the issue 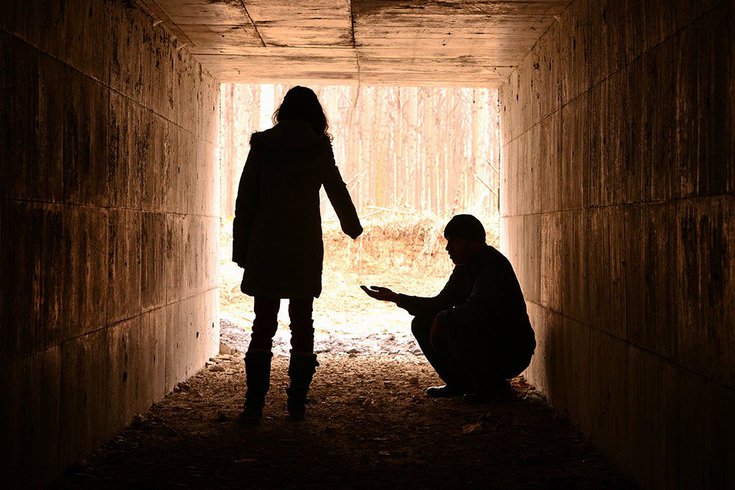 Suburban Chester County, the wealthiest in Pennsylvania, may not be closely associated with homelessness, but on any given night as many as 500 residents could be without a permanent place to stay. That's why the county is launching a new partnership to end homelessness this week.

Suburban Chester County, the wealthiest county in Pennsylvania, may not be a place closely associated with homelessness, but on any given night as many as 500 residents could be without a permanent place to stay, county spokesperson Rebecca Brain said.

That's why the county is launching a new partnership to end homelessness in honor of National Hunger and Homelessness Awareness Week, which started on Monday.

The initiative was organized by the county's Department of Community Development and includes a board composed of people who have experienced homelessness, funding for nonprofits that provide shelter and services, and a team of on-the-street outreach workers.

The county receives tips about people in need through a central 2-1-1 calling system, which dispatches the workers.

“We meet clients where they are, whether that’s on a bench in a park, sleeping in a car in an abandoned parking lot, or on the porch of an abandoned house,” said Emily Kopp, the county's lead street outreach coordinator.

From there, she said workers will direct people to the services they need.

The partnership, which will go on indefinitely, is expected to cost the county $1.2 million each year, Brain said.

That's in addition to the $4.3 million the county government has given this year to its nonprofit partners aiding the homeless, including the Domestic Violence Center of Chester County and the Good Samaritan Services Emergency Shelter.

A key goal of the partnership is making the public more aware of the resources that are already available for the county's homeless population. Another is elevating the issue of homelessness in general.

“In a county as affluent as ours, some people may think we do not have homelessness, but in fact, hundreds of people every day lack a stable place to live,” county commissioners Marian Moskowitz, Josh Maxwell and Michelle Kichline said in a joint statement.

The high cost of housing in the county is an issue that contributes to homelessness said Carol Faddis, the co-chair of the Lived Experience Advisory Board.

To get the word out about the initiative, the county launched a new website on Monday and will begin a newsletter and social media campaign.

Another goal of this outreach is to break down the stigma surrounding homelessness in the county, said Robert Henry, who is running the partnership for the county.

“We want to make more people aware that shelter and rental assistance are available and that it’s OK to ask for help," he said.

Henry noted that the pandemic has left many shelters in the county unable to operate at full capacity. While shelters for families can still use all their beds given that each family generally has their own room, shelters for individuals have only been able to operate at 50% to ensure that proper social distancing can happen.

Additionally, Henry said that Hurricane Ida, which rolled through over the summer, has increased pressure on the county's shelters even more. Currently, the county is housing nearly 150 people in hotel rooms due to both the hurricane and overflowing shelters.