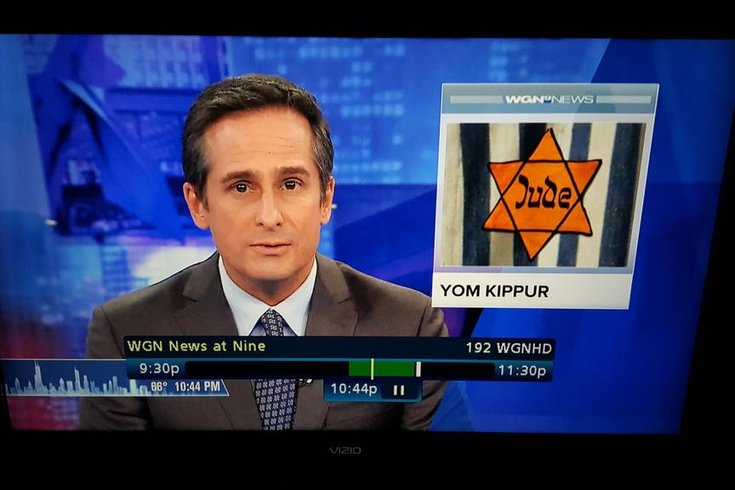 A Chicago news station accidentally made a Holocaust reference during a Yom Kippur report.

A news station in Chicago has apologized after using an offensive graphic in a report Tuesday night about Yom Kippur.

The station, WGN News, accompanied a special Yom Kippur report with an image of a yellow badge the Nazis forced the Jews to wear during the 1940s.

Understandably, people were shocked and/or offended by the mistake:

Holy crap, @WGNNews, this is your stock photo for a Jewish holiday?? Nobody thought that's a bad choice of photo? pic.twitter.com/z7BNuvGybS

@WGNNews There is NO way that was an accident for your story on Yom Kippur!! Shame on you!

.@WGNNews Have you people lost ur minds? Your mea culpa is a load of crap This was intentional. #YomKippur pic.twitter.com/sQ1rBz9ihH

Turn on the TV to see a WGN news anchor apologizing for using a Nazi symbol in a story about Yom Kippur. How do you screw that up?

"We are truly sorry for inadvertently using an offensive image in our Yom Kippur story," the station said on Facebook. "We apologize and deeply regret the error."