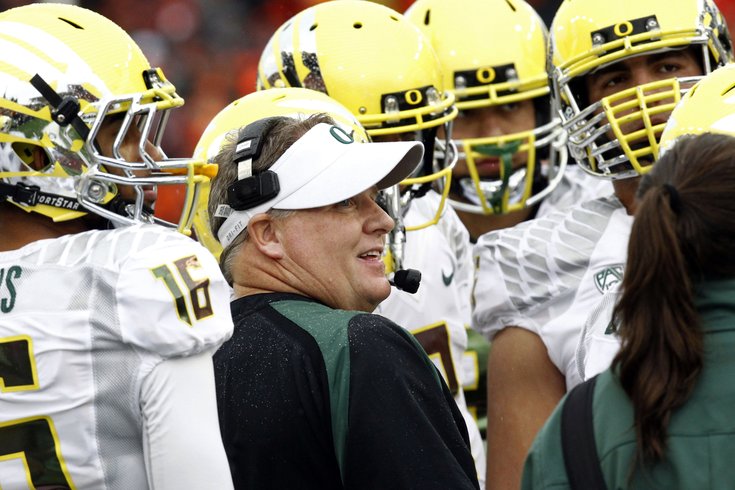 Ever since Chip Kelly landed in Philadelphia, sportswriters have for some reason linked him with whatever latest major college football program suddenly had a new opening. The latest to do is prominent college football writer Paul Finebaum, who said on ESPN's Mike and Mike Show that Kelly is one of two leading candidates for the job opening at USC.

On @MikeAndMike, @finebaum just said he believes the two leading candidates for the USC HC job will be Chip Kelly and Kevin Sumlin.

Kelly would certainly make sense from USC's perspective. USC watched first-hand as Kelly helped build Oregon into the dominant team in the Pac-12, and something of a powerhouse nationally. There's little doubt that USC would find him to be an attractive coaching candidate.

However, there has never once been any concrete information to emerge that Kelly has any interest in heading back to coach another college program.

Kelly's next scheduled media availability will be on Thursday.