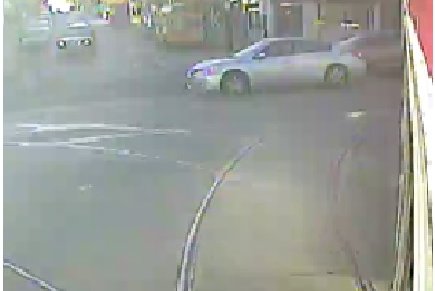 Philadelphia police are searching for the driver of the vehicle that struck and killed Jayanna Powell, 8, in West Philadelphia on Friday, Nov. 18, 2016.

The search for the driver of a vehicle that fatally struck an 8-year-old in West Philadelphia continues, but city officials are hoping a $25,000 reward will lead to an arrest.

On Tuesday, the Fraternal Order of Police Lodge 5 announced it is offering $15,000 and Mayor Jim Kenney's Office chipped in $10,000 for information that leads to an arrest for the person responsible for the death of 8-year-old Jayanna Powell.

The crash occurred Nov. 18 around 3:15 p.m. at the intersection of 63rd Street and Lansdowne Avenue.

Police said Powell was crossing the street when she was struck by a car. Medical personnel found her unconscious on the road and rushed her to Children's Hospital of Philadelphia. Powell was pronounced dead at 3:35 p.m.

The driver fled the scene. Police described the vehicle as a silver 2009-2016 Nissan Maxima or Altima. The car sustained damage to its front grill and one of the front headlights in the collision.