At Wynnefield polling place, a battle over voter-fraud allegations 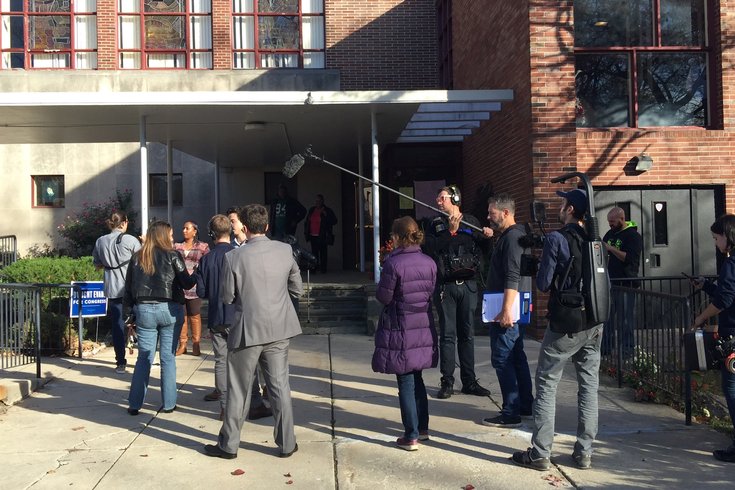 The media descended on Pinn Memorial Baptist Church in Wynnefield after the Philly GOP shared allegations of voter fraud in the city's 52nd Ward on Election Day.

“Welcome to voter-fraud central,” joked Albert Eisenberg as yet another batch of reporters showed up outside Pinn Memorial Baptist Church in Wynnefield.

Eisenberg, communications lead for the Philadelphia GOP, had already done as many media interviews this Election Day as he’s done over the course of the past 10 months.

When you’re running point on a story of voter fraud and intimidation in a city framed as a hotbed of those oft-dismissed allegations, that’s to be expected.

But on this day, at this polling place, the PhillyGOP spread word of a story that had enough legs to draw widespread media attention.

When reporters – like myself – arrived, they sifted through a convoluted tale that spoke less to widespread corruption and more about personal beefs amongst poll watchers, one of whom may or may not have intimidated peers and voters, while reaching his hand into ballot boxes where it didn’t belong.

The allegations came from Brittaney Foreman, a minority party poll watcher in the 52nd Ward in West Philadelphia where her father, Lamont, serves as ward leader. She said she witnessed a Democratic committeeman “assisting people on voting” when he wasn’t supposed to be in the room where voting machines were located. 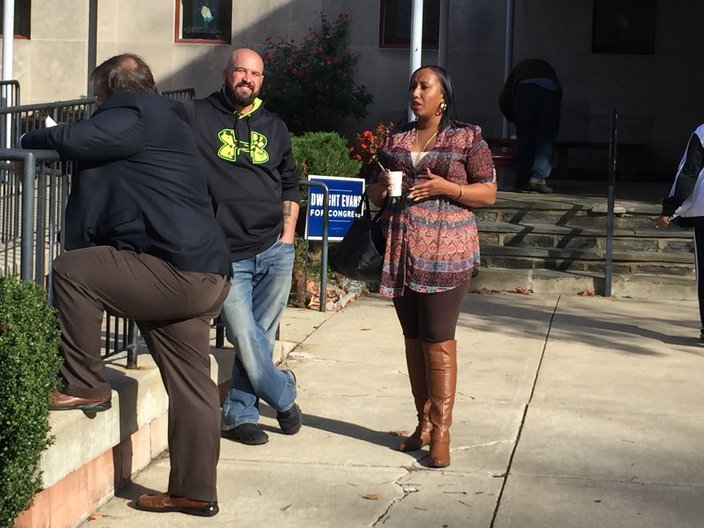 “Not only was he helping people vote, he was handing out Democratic literature in the polling place,” she said in a video that, when Tweeted out by the PhillyGOP, topped 8,000 retweets within a few hours.

She went on to allege that when challenged on his behavior, he “produced a poll-watcher certificate that he did not have all morning. He didn’t have it at first. They just forged documents. I don’t know why they’re doing this. I believe they’re doing this so everyone will vote Democrat.”

During interviews after that video was shared, Foreman further alleged that the committeeman unsuccessfully tried to kick a fellow minority poll watcher out of the room, held a voter-registration street list (with addresses) and vocally noted to which party each voter was registered “to intimidate them, to shame them because, in this black neighborhood, if you’re a Republican, you’re considered to be a traitor to your race.”

Her allegation that the Democratic committeeman put his hands in a box to “tamper with provisional ballots” was vouched for by independent (though registered Republican) poll watcher Pete DiGiannantonio.

Her assertion that campaign literature was put inside the polling place was observed by this reporter, who noticed that the stack sat on a table in the lobby about eight feet from the door to the polling room but was moved outside when reporters started arriving at the scene around 2 p.m.

“It’s shameful because people try to say that (Donald) Trump is sending Republicans to bully Democrats, but it’s Democrats bullying Republicans here,” Brittaney told PhillyVoice before leading us inside to have a seat with her near the committeeman, John Bush, against whom she leveled these accusations.

She noted that Democratic officials inside the polling place gave her attitude for the next few hours, “looking at me like I’m a child. … I feel sorry for him, an older man acting like that.”

By 3 p.m., members of the District Attorney’s Office Election Day task force would be on their way to the scene. Eisenberg said they asked details about the story and left without giving any indication of what, if any, next steps would be taken. (The Committee of 70 is doing a voter-experience survey, though, so if you ran into issues, let them know.)

For his part, a visibly agitated Bush – despite peers telling him that he probably shouldn’t talk to the press – gave his version of events in the lobby near the voting room. 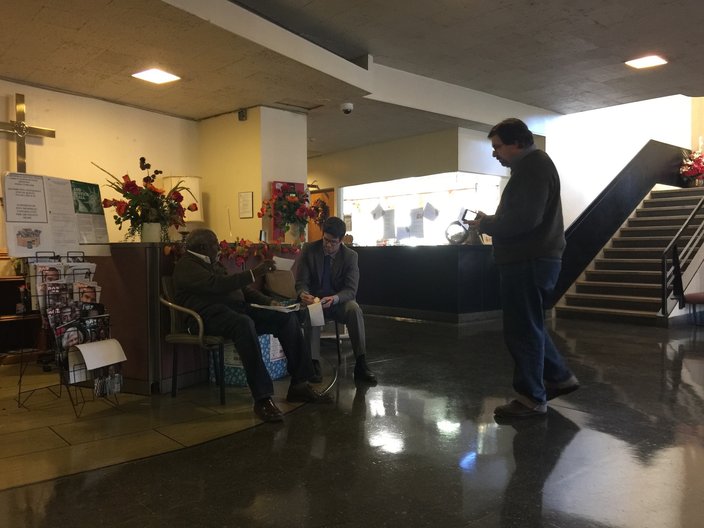 John Bush, a Democratic committeeman in Wynnefield, shows the poll-watcher certification that he says he received from City Hall early Election Day morning.

He produced a poll-watcher certificate from his wallet. He said he didn’t show it to Brittaney because “what authority does she have to ask for it? Why should I show it to her?”

“Never,” he said, when asked if he’s tampered with machines or provisional ballots.

“Never, never,” he said, when asked if he instructed voters how to vote or handed out Democratic campaign literature in the polling place.

“Yes, it is,” he said, when asked whether Brittaney’s claims were “completely false allegations. You all should look into her past. Tell the reporters outside about that, and about how the only time we mention voters' parties is during the primaries."

“Every time she comes up here, she starts some crap,” he said. “She (got loud) and I told her she shouldn’t talk like that in here. The only thing I did was help a man with a walker get to a seat near the booth so he would be closer when his turn in line came up.”

What will come of this story remained unclear as of 5:30 p.m. on Election Day, though District Attorney's office spokesman Cameron Kline said task force members are in touch with the Philly GOP about the allegations.

For his part, Eisenberg made it perfectly clear that this is not evidence of widespread voter fraud in Philadelphia. Those sorts of allegations do more damage to his party than help it, he noted.

But while juggling a seemingly never-ending stream of interviews about this particular incident, he said there is a moral to this story.

“Voter intimidation and fraud do happen on a small scale every election,” he said diplomatically. “If you’re Republican, and a person of color, you’re very likely to be bullied and intimidated. (Some polling places) are not properly registering votes as we’ve seen alleged here, and that’s appalling.”