A common denominator in some of the Eagles' high-profile releases: They're Drew Rosenhaus clients 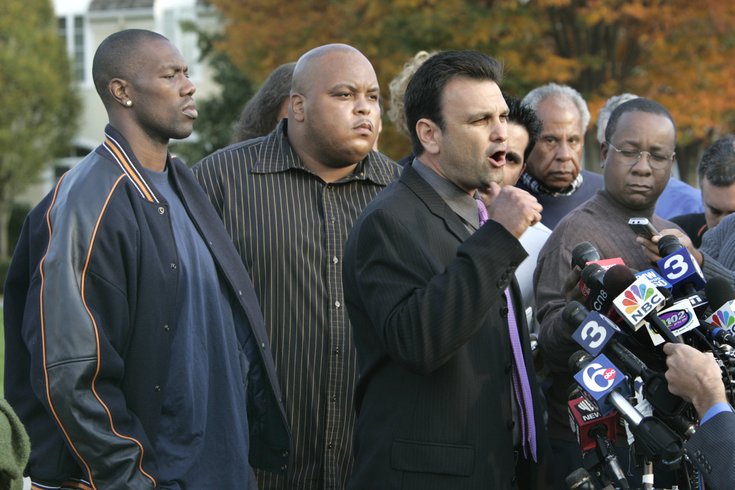 Terrell Owens doing sit-ups in the driveway would have been amazing if Twitter existed in 2005.

Ever since Chip Kelly took over as the Eagles' head coach, he has never been afraid to make questionable roster decisions involving highly decorated players. One of the common denominators of the players Kelly moved on from is that they were represented by agent Drew Rosenhaus.

Rosenhaus, of course, became a household name to Eagles fans in 2005 during the infamous Terrell Owens saga. (Then again, Owens had issues on just about every team he ever played for).

In a roundtable interview with Eagles reporters, Kelly was asked if he thought agents around the league didn't like his style. Kelly was able to able to put the Rosenhaus connection together on his own.

Rosenhaus represents more than five percent of the NFL's players, many of whom are very good players. It certainly doesn't behoove Kelly to speak poorly of Rosenhaus to a gaggle of reporters and potentially strain that relationship. As such, Kelly's complimentary words on Rosenhaus don't come as much of a surprise.

Kelly, not specifically talking about his former Rosenhaus players, noted that the players they cut had another common denominator. "They were all very expensive," said Kelly. "I think that's just the nature of contracts in this league. A lot of them are back-end loaded. I mean, then decisions have to be made. So guys are making 10, 11 million dollars a year, you have to make a decision on them. That's just part of really how the league is set up. That's why when people throw all these numbers out, that Player X signed a five-year $100 million contract when two years are guaranteed at 8 apiece, he never signed a five-year, $100 million contract. He's never going to see that, so that's just the way the league is.

"And there's guys that... DeMarcus Ware had a very high contract, and he got let go at the end of his contract. Does that mean he's a not a good football player? He's a hell of a football player. He's just, the pay for play at that point in time, was he worth X? The same thing happened with [Darrelle] Revis. Are you going to pay him, I don't know what he was supposed to make, 20? I mean, those numbers really just got really high at the end of a lot of contracts."

Still, when you look at all the names Rosenhaus represents who have had unceremonious exits with the Eagles since Kelly was hired, you do wonder. So let's look at them all individually:

At one time, Rosenhaus was Jackson's agent, but not when the team released him. The two had previously split over a financial dispute.

The Eagles released Jackson less than an hour after an article by Eliot Shorr-Parks NJ.com surfaced about Jackson's association with gang members. The timing of Jackson's release was certainly curious, and perhaps maybe opportunistic on the Eagles' part.

However, the Eagles had made the decision to get rid of Jackson well over a month before they officially made the move. There were a number of reasons Jackson was let go, most notably his pay, and his fit within the culture that Kelly was trying to cultivate in his locker room. But certainly, Rosenhaus had nothing whatsoever to do with his release.

According to Kelly, the motivation in trading McCoy was money-related. "We traded McCoy for a $700,000 player," he said. "So you picked up how much money in the interim to be able to go out and get two other running backs, or go out and get a quarterback, or a defensive back or however you want to look at how the money was used. But they’re money decisions. If you look at everybody, it’s a money decision."

According to a source, the Eagles decided they were going to shop McCoy as early as mid-February, and possibly sooner. He was traded March 4th. The source agreed with Kelly's statements that they wanted to free up money and potentially get an asset in return who could help them bolster the defense, which they did by adding Kiko Alonso. There is also merit to the notion that the Eagles traded McCoy because Kelly prefers "north-south" runners, but again, freeing up salary cap space to add players to the defense was indeed the primary appeal, per the source.

The Mathis situation is the only one in which there is a legitimate reason to believe the Eagles and the Rosenhaus camp butted heads. The two sides both have a different accounting of the events leading up to Mathis' release:

“They asked for a release," said Kelly speaking at the roundtable. "They weren’t gonna be here. We went over a year with where the situation was and his agent asked us to release him if we weren’t gonna be able to trade him, and we exhausted all trade opportunities."

Additionally, during a June press conference, Kelly posited the release as though the Eagles were doing Mathis a favor. "Hopefully, I was seeing if he could catch on with somebody before the minicamp so he could make a team. I'm not going to hold guys out. I mean that's just not the deal. If he didn't want to be here and he wants his release, we granted him his release. We moved on, they moved on. I hope things really work out for Evan."

However, according to a league source with knowledge of the situation, the Mathis camp (and in some of the bullets below, common sense) saw it differently, paraphrased below:

• Rosenhaus worked on an amended contract with then-GM Howie Roseman prior to the 2014 season, but the two sides tabled it for the 2015 offseason. During the 2015 offseason, Rosenhaus and Mathis looked to re-visit the offer they had received from Roseman, but with Roseman no longer in charge, Chip Kelly and Ed Marynowitz did not wish to re-visit Mathis' deal. To note, Kelly denied any knowledge of such offer. “I was unaware of any contract offered last September," said Kelly.

• The Mathis camp never asked for his release once the free agency frenzy died down, which would have been roughly around the middle of March. The Eagles were willing to trade Mathis for anything, and got no takers, which was clear evidence that other teams around the league did not want to take on the contract Mathis had with the Eagles. Therefore, having knowledge that no team in the league would be willing to sign Mathis for what he was already making, an outright release is not something the Mathis camp viewed as a positive. Kelly was by no means doing Mathis any favors by cutting him in June.

• The Mathis camp assumed Mathis would be back with the team after the Eagles failed to sign or draft any offensive linemen in free agency or the draft. Although Mathis skipped voluntary OTAs as he continued to angle for a new deal, he was planning on attending mandatory minicamp and training camp.

The Mathis situation appeared to have begun to take a downward spiral when the Eagles did not wish to proceed with the contract offered by Roseman the previous season. From Mathis' perspective, it is understandable that he would want the Eagles to "honor" that offer, although I don't believe "honor" is the correct word. Offers come and go in any business, and the Eagles didn't have to honor anything from a previous offseason.

It certainly didn't help when Kelly went out of his way to notify the general public that he had never received a single trade offer for Mathis after the draft, which could be viewed as an insult.

Meanwhile, Kelly's assertion that Mathis had repeatedly asked for his release, while possibly truthful, is misleading in that it would have made no sense for Mathis' camp to ask for his release anytime after mid-March, when he was ultimately cut in June.

I am of the opinion the Eagles handled this situation poorly, and were more at fault for this split, if indeed the split was undesirable on their end. Or maybe they just didn't really want Mathis anymore in the first place.

Kelly took exception with the way Frank Gore's reported agreement to sign in Philly was spread to the public. "That was very misrepresented. Nothing was a done deal. We got a chance to talk to him finally at 4:00, whatever day that was (free agency opened) Tuesday, whatever day it opened up. He said he was going to go to Indianapolis. After Indianapolis, that was his first visit, then he was going to make a second visit if it didn’t work out at Indianapolis."

According to a source, Gore, who is another Rosenhaus client, was deciding between the Colts and Eagles. He chose the Colts because he wanted a chance to win a Super Bowl in the twilight of his career, and he felt that going there to play with Andrew Luck alongside his good friend Andre Johnson afforded him the best opportunity to do so. But it was not as if he had reached some definitive agreement with the Eagles, especially when those reports emerged during the "legal tampering" phase of free agency.

Another player the Eagles had heavy interest in during free agency was Rosenhaus client Orlando Franklin, who formerly played guard for the Broncos. Franklin, however, signed a very lucrative $7 million per season deal with the Chargers.

There are two remaining players on the Eagles who are Rosenhaus clients, E.J. Biggers and Donnie Jones. Biggers signed this offseason as an unrestricted free agent. Jones, meanwhile, could have Satan himself for an agent, and you wouldn't cut him, because Donnie J'owns. 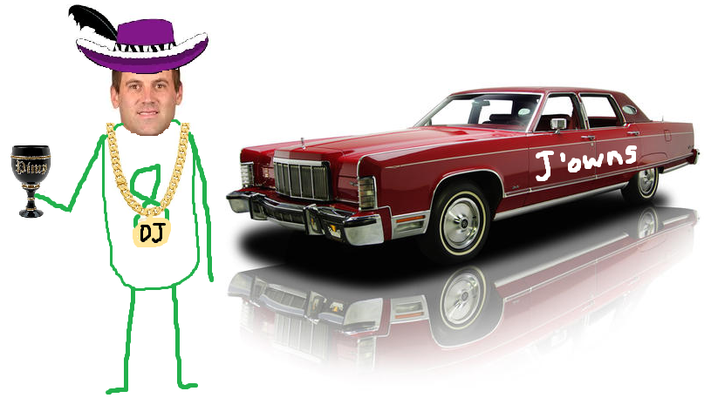 While you can certainly put together the fact that many of the above players involved in questionable circumstances with the Eagles are Rosenhaus clients, when you look at each of them individually, Rosenhaus has not been some sort of catalyst to their trades and/or releases. In other words, you just read about 1800 words for me to come to the conclusion that the Rosenhaus angle is essentially a non-story.