Sports Illustrated names Eagles fans the 'most hated' in the NFL 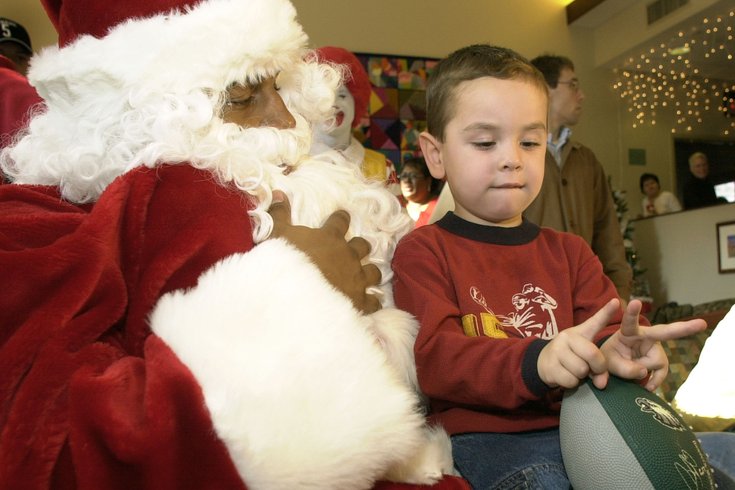 Eagles fans booed both Santa Claus and Donovan McNabb. This kid had the opportunity to do both in one fell swoop.

Read More
In the year 3092, when cyborgs rule the Earth, some robot commentator will bring up the time that Eagles fans booed Santa Claus in 1968.
According to Sports Illustrated, the Eagles have the most hated fan base in the NFL, and you'll never guess what incident was brought up to hammer home the point.

It all started in December 1968, when those disenchanted fans of the Eagles sitting at Franklin Field decided that the best way to unleash their invective was to hurl snowballs at Frank Olivo, a 19-year-old man who stepped onto the field in a Santa Claus suit. The fans were disgusted because the then-lame franchise was winning too much at the end of the season—winning their way right out of the derby for USC's O.J. Simpson, who went to Buffalo as the first pick in the 1969 draft. Philadelphia took defensive back Leroy Keyes (who?) with the third pick, leaving Joe Greene on the board for the Steelers with the next selection.

In 1998, the team installed a jail in the bowels of Veterans Stadium and hired a judge, the delightfully-named Seamus McCaffery, to preside over the rowdiest of an infamous bunch. And in 1999, several of Cowboys receiver Michael Irvin's teammates were understandably distressed when they thought Eagles fans were booing the future Hall-of-Famer as he lay on the field with the neck injury that ended his career. In truth, the fans were booing Deion Sanders, but the fact that they cheered as Irvin lay on the field motionless tells you all you need to know. Every fanbase is unfortunately defined by the minority who do stupid stuff like this, but it seems that Eagles fans are more defined than any other group.

It's been 47 years since Eagles fans booed Santa Claus. Frankly, if I may opine here, booing Santa Claus is kinda funny, no?

It has now also been 16 years since the Michael Irvin incident occurred.

Of course, if you google fan incidents in any other city, you'll find them with no effort whatsoever. Like this... 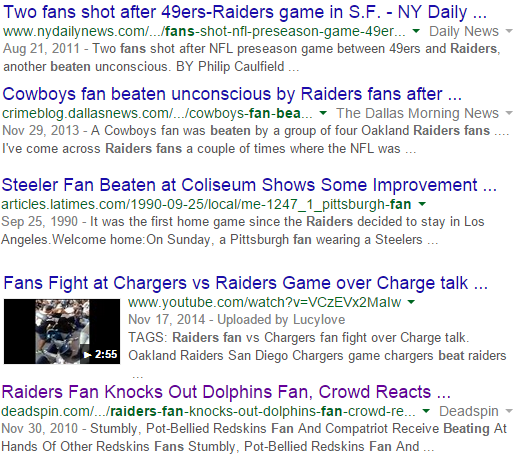 But booing Santa a half-century ago, clearly, is worse than shootings and severe beatings.