June 24 is National Praline Day, a square on the calendar checked with a reminder to pay homage to the sweet, cookie-sized confection.

But before you 'go nuts,' you may be interested in the story behind the praline.

A Short and Sweet History

The history of the praline is a hard nut to crack because there are so many variations to the story.

But what we know is that the candy originated in France in the 17th century and was brought by French settlers to Louisiana, where both sugar cane and pecan trees were plentiful.

In France, the praline - pronounced PRAY-leen - is made with a combination of almonds and caramelized sugar, creating a treat that's harder than the American version, which is typically made with syrup and pecans, hazelnuts or almonds and is mixed with milk or cream to create a softer and creamier candy. 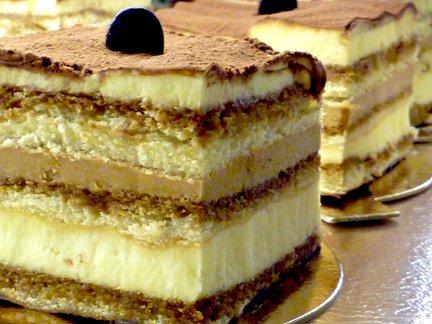 A marjolaine is a four-layer meringue-nut cake with three different cream fillings, including praline. (Miel)

In a nod to the praline's French beginnings, we'll begin by sharing the delicious Praline Butter-Cream Marjolaine at Miel Patisserie & Cafe, a classic French bakery with locations in Rittenhouse Square in Philadelphia and Cherry Hill in South Jersey.

Marjolaine is a French dessert consisting of  layers of meringue, cream and nuts. 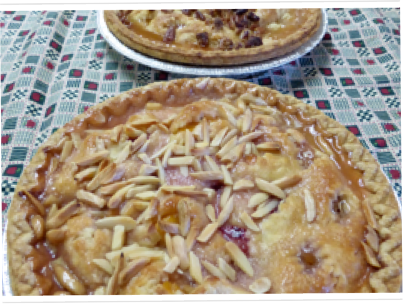 Celebrate summer and National Praline Day together by plating a slice of Highland Orchards' home-baked (and homegrown) Peach Praline Pie, a marriage of juicy peaches topped with a sweet praline crust. 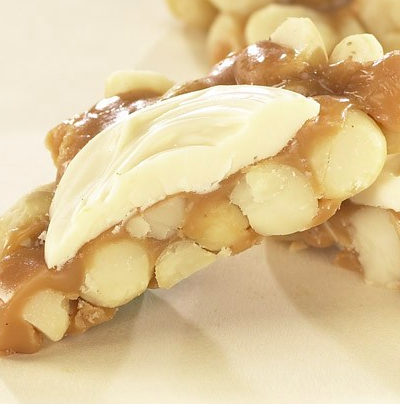 Asher's is a family-owned and operated business in Pennsylvania that's been making chocolate and other classic confections for more than four generations. (Asher's)

Take a trip to Souderton in Montgomery County and tour Asher's, a Victorian-style shop offering a wide array of popular original-recipe chocolates and confections, including White Chocolate Macadamia Pralines.

"We blend a handful of whole macadamia nuts into a generous scoop of buttery caramel, but the whole confection is then topped and swirled with smooth white chocolate," its website states.

For one more way to celebrate (and keep cool), head to Bassetts Ice Cream in Philadelphia's famous Reading Terminal Market for a scoop, or two, of its praline and cream ice cream.