Could a stacked DE group in free agency make Brandon Graham more affordable to the Eagles? 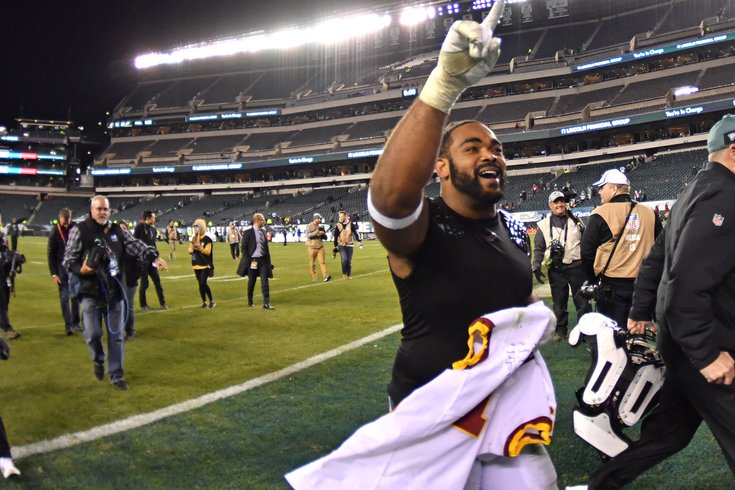 The last time Brandon Graham was a free agent back in 2015, a strong market didn't develop for him, and he returned to Philadelphia to continue to play for the Eagles. It's a good thing he did, as he produced the single greatest defensive play in the history of the team.

In March, Graham will almost certainly test the free agent waters again, this time as a player with a much better résumé.

Graham is still a very good starter who plays a premium position. While he will turn 31 in April, he also doesn't have the same wear and tear on his body that other defensive ends his age do, because he played far fewer than 50 percent of the team's snaps for the first five years of his career, and as part of a rotation for the last four:

Graham is very likely to see much more attractive offers this time around in free agency, and it could be difficult for the salary cap-strapped Eagles to match them.

Could he stay? Many have pointed to a defensive end class in free agency that is stacked with talented players. In my view, there are four defensive ends who would be more appealing to teams around the league on the open market than Graham. They are the Cowboys' DeMarcus Lawrence (26), the Texans' Jadeveon Clowney (26), the Seahawks' Frank Clark (25), and the Chiefs' Dee Ford (28).

Could those players potentially weaken Graham's market, thus leading him to return to Philly, perhaps on something of a modest hometown discount?

Don't count on it. Premium edge rushers are arguably the second most valuable commodities in the NFL, behind quarterbacks. Teams simply don't let great ones get away.

If indeed those players remain with their respective teams, as I expect they will, there's an argument that Graham will be the best available defensive end, and he would surely see some attractive offers that will be out of the Eagles' price range.

MORE: The draft or free agency: Where are the Eagles likely to improve each position this offseason? | Three free agents who make sense for the Eagles, version 2.0