Employees at the locations claimed to be funded by FEMA, but city officials later discovered that wasn't the case 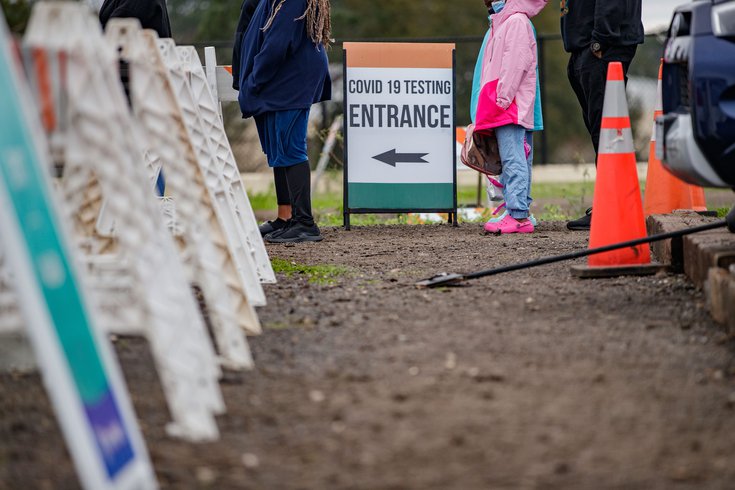 A shortage of COVID-19 testing has left many people scrambling for options amid the latest wave of infections. Philadelphia officials are warning residents not to get tested at unaffiliated pop-up tents in the city.

With coronavirus infections surging to record levels in Philadelphia, the health department issued a warning Monday to avoid pop-up tents offering COVID-19 testing in the city.

The health department was notified last week of a pair of pop-up tents that were offering free COVID-19 testing in Center City. Both sites appeared to be on Chestnut Street.

The tents in Center City were linked to a Chicago-based company called LabElite, which did not immediately respond to a request for comment on Monday afternoon.

The company has testing sites at locations across the U.S., mostly concentrated in Illinois, and told the Inquirer that suspicions about their mobile testing unit in Philadelphia arose from the test collector LabElite hired to handle the operation. That test collector has been shut down, the company said.

LabElite has shown up in scattered news reports in recent weeks, including a testing collaboration with a taco restaurant in Illinois.

Another report out of Boston last month said that dozens of PCR test swabs had been sent for analysis from a collection site in Methuen to LabElite's testing center in Chicago, with results expected back within days, but the test swabs wound up being shipped to a woman's home in Hawaii.

Many of the company's issues appear to stem from contractors, and Nikola Nozinic reportedly said he was disturbed to learn that the test collectors in Philadelphia claimed they had been backed by FEMA and were gathering personal information from people who sought the free tests at their tents.

The Philadelphia health department maintains a list of testing sites and a testing finder to help direct people to available testing options. People who are experiencing symptoms, but can't find testing, are encouraged to act as if they are already positive.

Philadelphia is averaging 2,654 new cases of COVID-19 per day over the last two weeks and a test positivity rate of 38%, the highest figures recorded at any point during the pandemic. Most of the spread is linked to the omicron variant and holiday gatherings that have greatly increased transmission over the last month.