Now an analyst for ESPN, former Phillies ace and Wall of Famer Curt Schilling is known for sharing his strong opinions on baseball and plenty of other subjects. Recently, Schilling has increasingly taken to Twitter to do so. Today, he made a big ol’ splash on the Internet by posting, um, this: 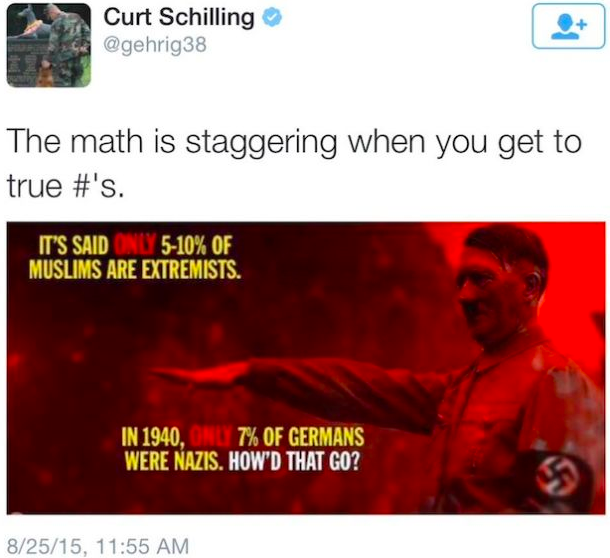 Predictably, the tweet was quickly deleted. Unfortunately for Schilling, who has done some positive work on the dangers of chewing tobacco after battling throat cancer, the Internet is forever. ESPN decided to take him off his current assignment, calling the Little League World Series. From ESPN PR:

“Curt’s tweet was completely unacceptable, and in no way represents our company’s perspective. We made that point very strongly to Curt and have removed him from his current Little League assignment pending further consideration.”